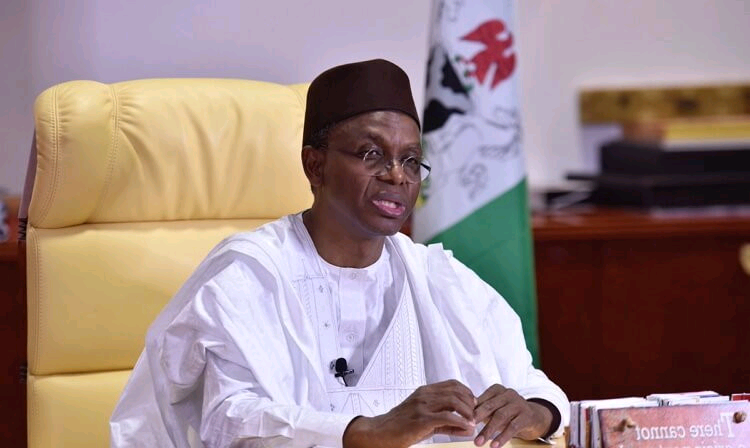 Governor Nasir El-Rufai has alleged that the federal government allowed irreponsible people to cause hardship for the people of Kaduna state under the guise of a Nigerian Labour Congress strike.

The Kaduna state Governor in a media chat pointed out that there is a law which prohibits switching off electricity or water which will cause hardship to people. According to him, all these were witnessed during the strike.

“The federal government allowed some irresponsible people to cause hardship for our people.

“The NLC said they were protesting against the sacking of workers, but we didn’t sack workers. All the reasons they gave for their strike were false.

“There is a law in Nigeria which prohibits switching off electricity or water which will cause hardship to people.”

Recounting how those who turned off electricity during the military regime of General Ibrahim Babangida were jailed for 20 years, El-Rufai said it has never happened since then but was allowed to play out during the strike in Kaduna.

“Since that time, nobody had switched off electricity in Nigeria until they came and did it in Kaduna.

“This is a violation of the law. Those who did it were supposed to be arrested and prosecuted, but the federal government kept silent.

“After the NLC and federal government realised that Kaduna people will deal with the NLC, they now said we should come to Abuja for dialogue.

“The NLC came to Kaduna for politics. They paid them; they collected the money and spent it. They broke our laws; they broke the laws guiding protest.”

The Governor also vowed to set up a panel to probe the role played by those who participated in the protest. He stated that those found guilty of going against the law would be prosecuted.

“We have traders who suffered losses and we have asked them to enumerate their losses. We will go to court and ensure justice for all of them.

“Very soon, the Kaduna state government will set up a commission of inquiry to investigate the role played by everybody during the protest.

“There is no law that says you should stop somebody who wants to go to work. Let them come back and see, since it is the police that is providing cover for them to go and lock people’s places of work and break the law.