#EndSARS: “Shame on you” – Wizkid replies Lauretta over calling him “dumb kid 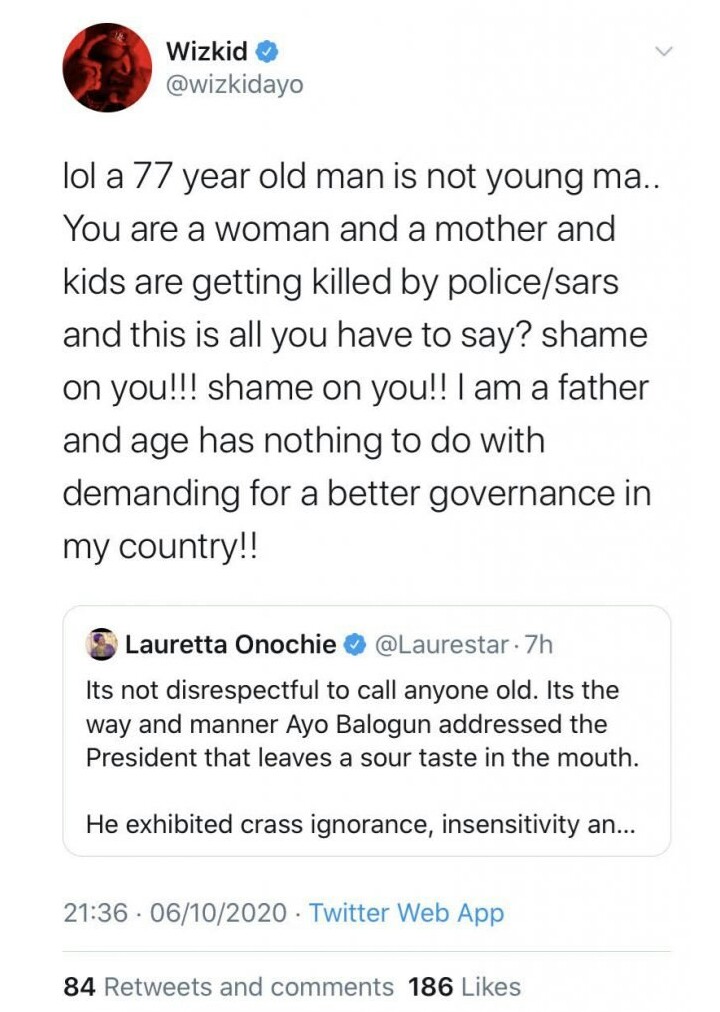 Popular Nigerian singer, Wizkid, has responded to a statement by the Special Assistant to President Muhammdu Buhari on Social Media, Lauretta Onochie, where she described him as a dumb kid.

Onochie described Wizkid as being ignorant, insensitive and behaving like a kid for attacking the president over SARS brutalities.

However, Wizkid responding to Onochie on Tuesday night, told her to be ashamed of herself for making such utterance. According to him, he has the right to demand for better governance as a father no matter his age.

Wizkid on his Twitter page wrote: “Lol, a 77-year-old man is not young ma. You are a woman and a mother and kids are getting killed by police/SARS and this is all you have to say? Shame on you!! Shame on you!! “I am a father and age has nothing to do with demanding for a better governance in my country!