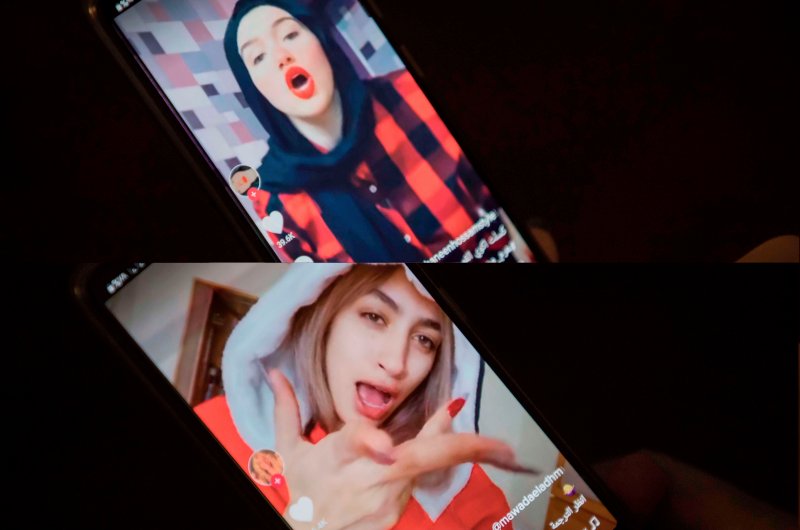 (CAIRO) — An Egyptian court sentenced several young women to two years in prison Monday for posting “indecent” dance videos on TikTok in a fraught case that critics describe as a further crackdown on self-expression in the conservative society.

The women were also fined 300,000 Egyptian pounds (nearly $19,000) each for “violating the values and principles of the Egyptian family,” inciting debauchery and promoting human trafficking, according to a statement from the public prosecutor.

Their lawyers vowed to appeal the ruling.

Both women recently vaulted to TikTok fame, amassing millions of followers for their video snippets set to catchy Egyptian club-pop tracks. In their respective 15-second clips, the women wearing makeup pose in cars, dance in kitchens and joke in skits — familiar and seemingly tame content for the platform.

But their social media stardom became their undoing in Egypt, where citizens can land in prison for vague crimes such as “misusing social media,” “disseminating fake news,” or “inciting debauchery and immorality.”

“Eladhm was crying in court. Two years? 300,000 Egyptian pounds? This is really something very tough to hear,” said Samar Shabana, the attorney’s assistant.

“They just want followers. They are not part of any prostitution network, and did not know this is how their message would be perceived by prosecutors,” she added, in reference to their posts encouraging young women to share videos and chat with strangers in exchange for money on another social media platform.