Couple & Two Others Caught With Human Skull In Ogun State 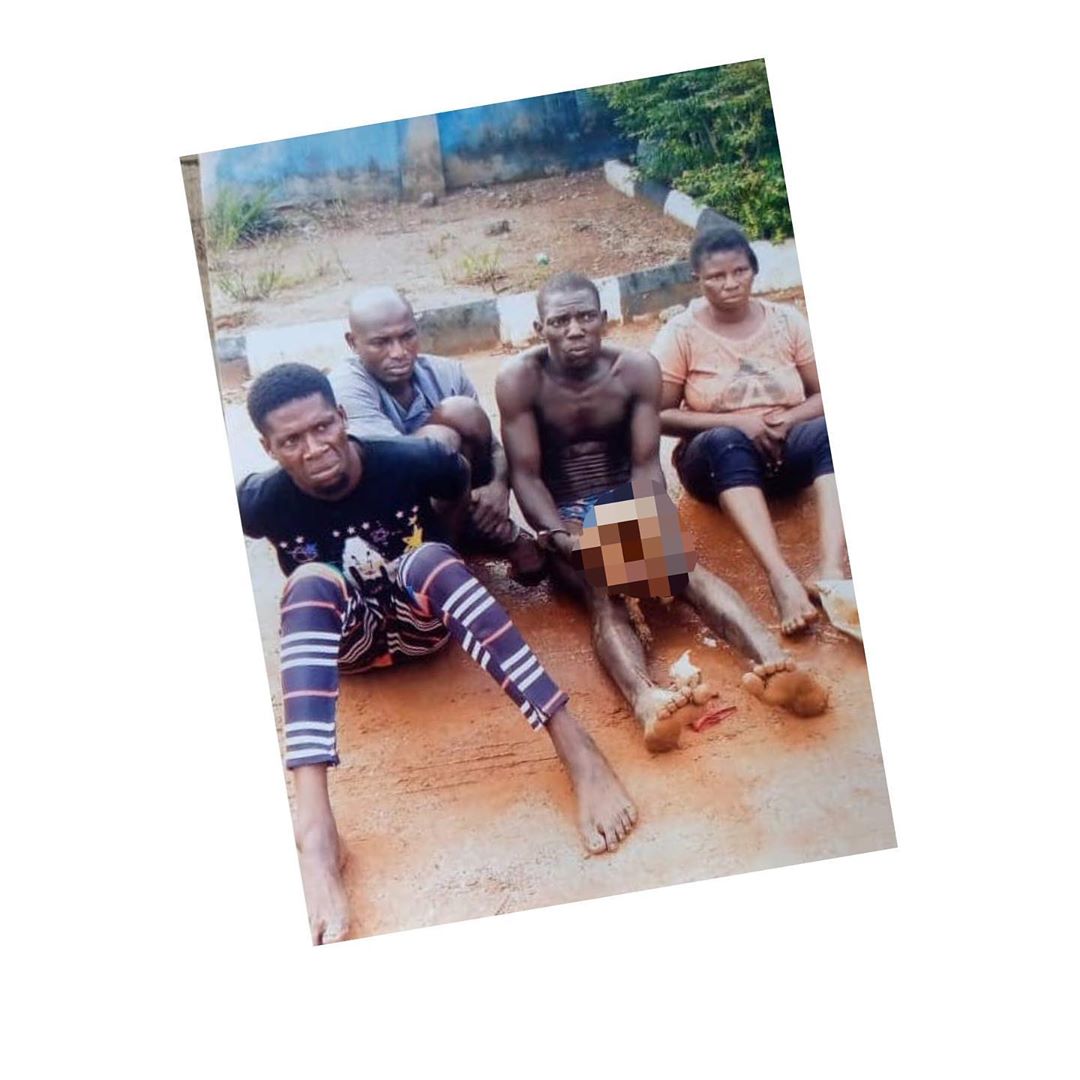 Men of the Ogun State Police Command have arrested four persons for unlawfully been in possession of a human skull in Odogbolu, Odogbolu local government area of the state.
The command Public Relations Officer, DSP Abimbola Oyeyemi, who disclosed this to newsmen in Abeokuta, the Ogun State capital, said the suspects were arrested on Thursday 24th September 2020.
The suspects, according to the statement are Muyideen Tolubi, Niyi Folorunso, Sonubi Taiwo, and Remilekun Folorunso were arrested following the information received by the police in Odogbolu division that some people were digging a grave with the aim of removing already buried corpse who was not in any way related to them.
The statement read, “Upon the information, the DPO Odogbolu division, CSP Afolabi Yusuf led his detectives to the scene but the suspects have already removed the head of the corpse and left”.
“The police there and then embarked on an intelligence-based investigation which led to the arrest of the couple, Niyi and Remilekun Folorunso as well as Muyideen Tolubi”.
“The three of them confessed being the persons that dug the grave and removed the head of the corpse”.
“They later took detectives to Ikenne where the fourth person who asked them to bring the head for the ritual purpose was apprehended”.