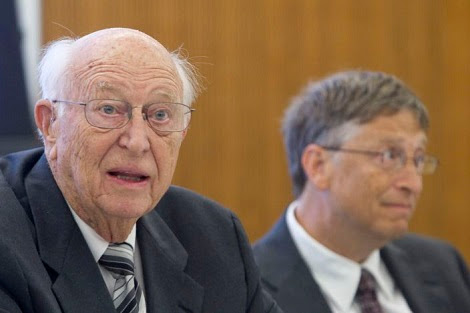 The father of Bill Gates, billionaire philanthropist and Microsoft co-founder, is dead.

The cause of his death was Alzheimer’s disease, his family said on Tuesday.

Gates senior was an Army veteran and a founding partner in a Seattle law firm, according his official biography.

“We will miss him more than we can express right now We are feeling grief but also gratitude”, said the Microsoft billionaire, 64, while announcing the passing of his father in a post published on his blog Tuesday. “His wisdom, generosity, empathy, and humility had a huge influence on people around the world”.

In the tribute, Bill reflected on his father’s influence on his life, sharing that he and his sisters were “very lucky” to have parents who “gave us constant encouragement and were always patient with us.”

He said his father was critical in starting the charitable organisation he co-founded with his wife, Melinda, that has been Bill’s central focus since he stepped away from running Microsoft.

“The Bill & Melinda Gates Foundation would not be what it is today without my dad,” Bill said.