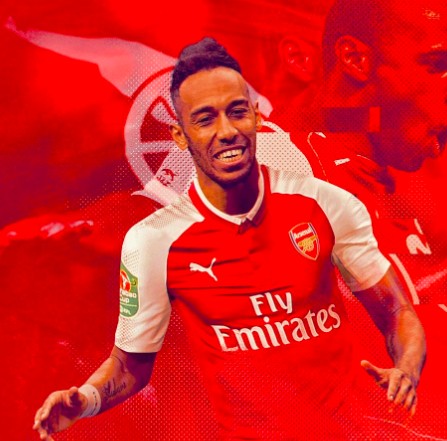 Arsenal have confirmed to sign a new 3-year contract with Aubameyang.
The new deal is thought to be worth £250,000 per week for the next three years.
That will place him behind only Mesut Ozil – on £350,000 per week – as the second-highest paid Arsenal player.
Aubameyang secured Arsenal’s player of the year award for last season with his 29 goals.
That included 22 in the Premier League, only Jamie Vardy got more, and all four Gunners goals in the semi-finals and final of the FA Cup.