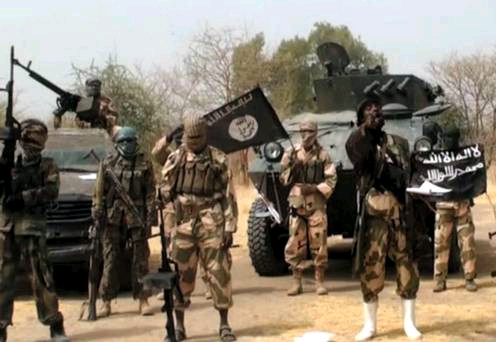 One Ibrahim Musa, said to be a suspected member of the Islamic States in West Africa Province (ISWAP) have been arrested by the Nigerian army in Sango Otta area of Ogun state.

Troops of Operation AWATSE arrested Musa after conducting standing patrols and raid operations at strategic areas in the Majidun area of the state between June 18 and June 30.

Acting director of defence media operation. Bernard Onyeuko said an intelligence report revealed that Musa was on a mission to Lagos to acquire certain items for ISWAP’s operations in Maiduguri.

was further learnt that troops had also sustained operational activities to forestall activities of vandals on NNPC pipelines at Gaun, Akute, Wawa I and II and Magbaro areas. This led to the arrest of one Oyeshola Saheed who was nabbed for illegal oil bunkering activity at Alimosho NNPC pipeline.

“However, he named one Mr Akanbi as the sponsor and financier of bunkering activities in the area.

“Both vehicles and equipment used for their operations were recovered and handed over to the appropriate agency for necessary action.”