Ali Mohammed Magashi Is From Niger Republic & Not Jigawa 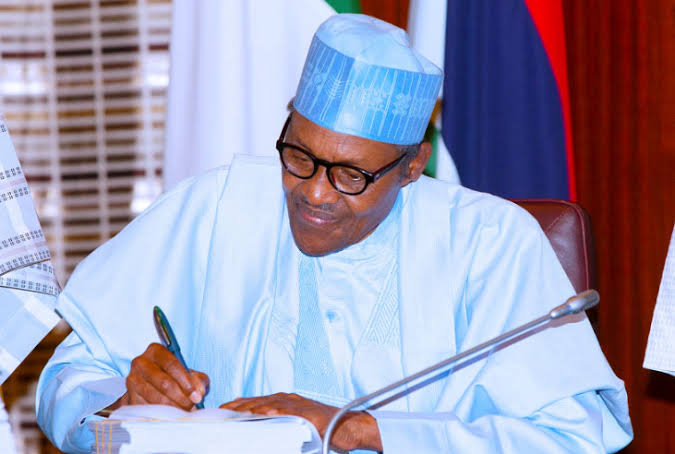 EXPOSED: Niger Republic Citizen Nominated As Non-career Ambassador By President Buhari After Claiming To Be From Jigawa State

Mr Ali Mohammed Magashi, one of the recently appointed non-career ambassadors by President Muhammadu Buhari, has been discovered to be originally from Niger Republic and not Jigawa State as claimed, SaharaReporters has gathered.

Magashi’s immediate younger brother from same parents, Ahamadou Harouna (aka Denis), is a lawmaker and member of the Convention Democratique et Social, one of the parties backing the incumbent President of Niger Republic, Issoufou Mahamadou.

His late father, Haru Tela, is said to have arrived Nigeria as a refugee in 1972 as a result of drought and subsequent famine that swept across the West Africa Sahel region at the time.

He settled at a village in Jigawa State on the outskirts of Babura, a border town between Nigeria and Niger Republic where Governor Abubakar was born.

It was there that the Jigawa governor met Magashi and formed a friendship that would last till this day.

As a child in Nigeria, the ambassador nominee was known as Ibrahim Haruna but got admission into Government Technical College, Wudil, Kano State, as Ali Mohammed Magashi in 1977 — he has kept that name till date.

Recall that President Buhari had on July 1, 2020 in a letter sent to the Senate asked for the confirmation of the appointment of 41 non-career ambassadors designate including Magashi.

The Senate, however, confirmed 39 of them and stood down the confirmation of nominees from Niger and Yobe states to resolve what the committee described as a “mixup”.

Despite being from Niger Republic, Magashi sailed through the screening exercise and is set to assume duties as an ambassador for Nigeria.

To achieve this, he cleverly refused providing information about his parents and the primary school he attended during the Senate screening, SaharaReporters gathered.

Sources in Jigawa further disclosed that he was nominated by Governor Abubakar to serve and protect his business interests within and outside Nigeria.

It was reliably scooped that the reason behind this arrangement was to have Magashi posted to Morocco where the Jigawa State governor has a firm through which he imports fertilizers into Nigeria for sale to government at exorbitant prices.

“In the event that he scales through, Governor Abubakar intends to manipulate the Presidency for Magashi to be posted to Morocco.

“Casablanca is the latest business frontier for the governor from where he imports fertilisers and sells to the Nigerian Government among others,” one of the sources said.

Calls put across to Magashi for reaction to the findings were not responded to as of the time of this report.