Musician arrested after confessing to murder in his rap lyrics 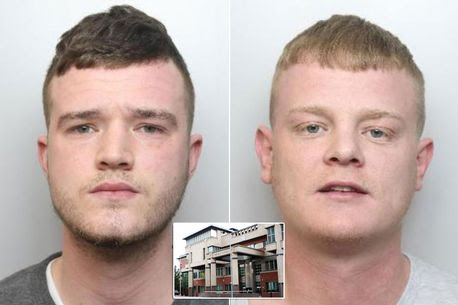 A gang member was arrested for the drive-by shooting of an innocent schoolboy after ‘confessing’ to the crime in a rap song he wrote.

Stephen Dunford, 26, sped past the youngster who was standing with some pals when he opened fire and struck the boy.

Emergency services rushed to the scene and transported the boy to hospital, where he had surgery for leg injuries before he was discharged.

He was also found guilty of an additional count of possession of a firearm with intent to endanger life in connection to a firearms discharge on January 10 on Northcote Avenue.

Dunford was charged with attempted murder and possession of a firearm with intent to endanger life after the tragic incident on January 12 in Sheffield, South Yorks.

He was also found guilty of an additional count of possession of a firearm with intent to endanger life in connection to a firearms discharge on January 10.

The court heard how Dunford recited a rap that he had written himself during a phone call in prison, where he said a “youth was hit by a stray” in reference to a bullet.

The group was intending to go to the cinema that afternoon, but around 3.45pm their plan was dramatically interrupted.

Detective Chief Inspector Jade Brice, investigating, said: “This was an atrocious act, which resulted in the shooting of a young, innocent boy.

“The victim that day was not Dunford’s intended target, but the incident has had a profound impact on him and his family.

“CCTV footage from that afternoon shows a white car drive past the group and witnesses described shots being fired. The boys immediately ran away from the car, clearly terrified.

“One of the boys, 12 years of age at the time, was shot in the leg. He bravely managed to run home where his father, understandably traumatised, called emergency services to the scene.

“A second boy had a miraculous escape as one of the bullets struck the hood of his jacket, narrowly missing his neck and head.

“Later that night, officers were called to a vehicle fire on Clough Road. It was a white Ford Focus, the same car used in the shooting. Checks revealed the vehicle had been stolen from West Yorkshire in November 2019.”