Experts worry over late initiation of exclusive breastfeeding in Lagos 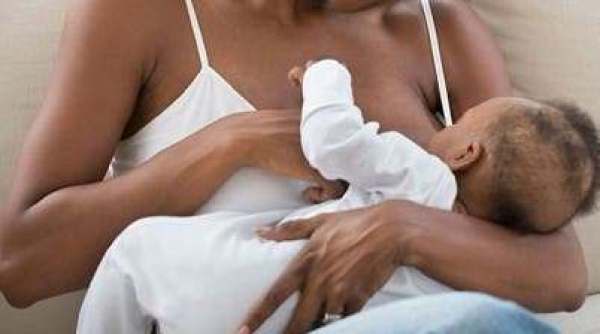 The Lagos State Government has expressed dissatisfaction over the poor practice of exclusive breastfeeding and early initiation in the state even as it called for more support from key stakeholders.

She added that in Lagos State, 99 per cent of children are breastfed, “but if you look at early initiation, it is still very poor”.

Braheem hinted that the responsibility of early initiation, exclusive breastfeeding and continued breastfeeding for the next 24 months is not the sole responsibilities of lactating mothers, “all the influencers need to take part, such as mother-in-law, husband, guardian, health workers among others.

“Lactating mothers’ needs to also be protected and this goes beyond what an individual can do. It is part of government responsibilities which includes giving maternity leave to mothers.

In Lagos State, we give six months to mothers that give birth and two-week paternity leave to fathers to support mother that just give birth.”

“In Lagos, we have breastfeeding rooms that we are working on presently are the crèches. We are encouraging the private organisation to encourage mothers to bring their babies to place of work and provide breastfeeding room for them.”

“For us to have a balance between breastfeeding and climate change, there has to be a sustainable production and consumption in which people don’t need to rely on breast milk substitute.

“For instance, to raise cows you may have to cut down trees which can lead to deforestation and when that happens a lot of carbon dioxide is in the air. Cattle rearing can also cause the release of greenhouse gasses which has a negative impact on climate.

“Production and packaging of this infant formula also create some negative climate impact because production requires energy and in a situation whereby fossil fuel is used, carbon dioxide is released to the air which can cause pollution.

Some of the materials used in packaging end up in our landfill or sea which affects the climate and causes degradation of climate. But with breast milk, all it requires is for the mother to eat.”

On her part, the State Team Lead of Alive and Thrive, Dr Uche Ralph-Opara called for more attention to the first 1,000 days of life, saying that early initiation of breastfeeding was capable of addressing malnutrition.

Uche hinted that a lot of money was being spent trying to prevent or treat malnutrition, “initiation of breastfeeding immediately after birth and exclusively breastfeed the baby for six months without water or herb, and after six months you introduced them to diverse diets will address issues of malnutrition.

“So the question is why are we wasting a lot of resources on treating malnutrition when it can actually be prevented?”

Speaking, the State Health Educator Coordinator, Lagos State Ministry of Health, Mrs Sola Hassan, said that the state with support from development partners is doing everything possible to ensure that the chances of babies to obtain healthy living through exclusive breastfeeding are not compromised during the coronavirus pandemic.

“We know that COVID-19 will make a lot of children to be vulnerable this time, what we do is to ensure babies are still breastfed.  At PHC level we ensure that all key stakeholders are enlightened to sensitized people from house to house taking into consideration that COVID-19 is ravaging the state.

“COVID-19 doesn’t stop mothers from breastfeeding once they observe basic steps such as frequent handwashing, hand sanitizer; face mask and people around should be on the face mask. We all know that breastmilk has the entire essential nutrient that will protect the baby.”