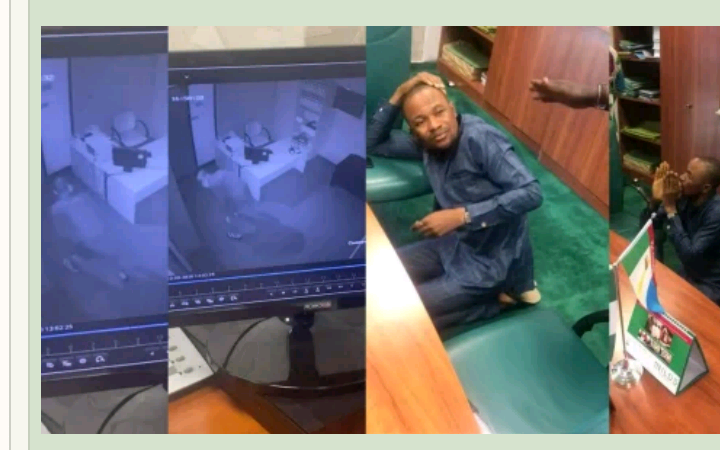 The suspect reportedly made away with the hard currency and some other office equipment including computers, photocopy machine and printer.
SaharaReporters gathered that Kabiru was a Special Assistant to one lawmaker from Adamawa State and was known by many people in the complex.
He was said to have been identified by security operatives, who analysed the footage before he was arrested.
At the time of filing this report, some lawmakers including Chairman, House Committee on Media and Publicity, Benjamin Kalu, security personnel were all sighted at the ground floor of the complex where the suspect was being held.
SaharaReporters gathered that there was pressure from the boss of the suspect to release him and bury the matter.
A CCTV footage obtained by SaharaReporters showed the suspect while carrying out the operation.
The suspect also confessed to the crime in another video seen by our correspondent.
It was gathered that a similar incident took place last week when the office of Hon. Ali Datti Yaku representing Bebeji Constituency of Kano State located on the third floor of the complex was burgled by unknown persons, who made away with valuable items.
SAHARAREPORTERS