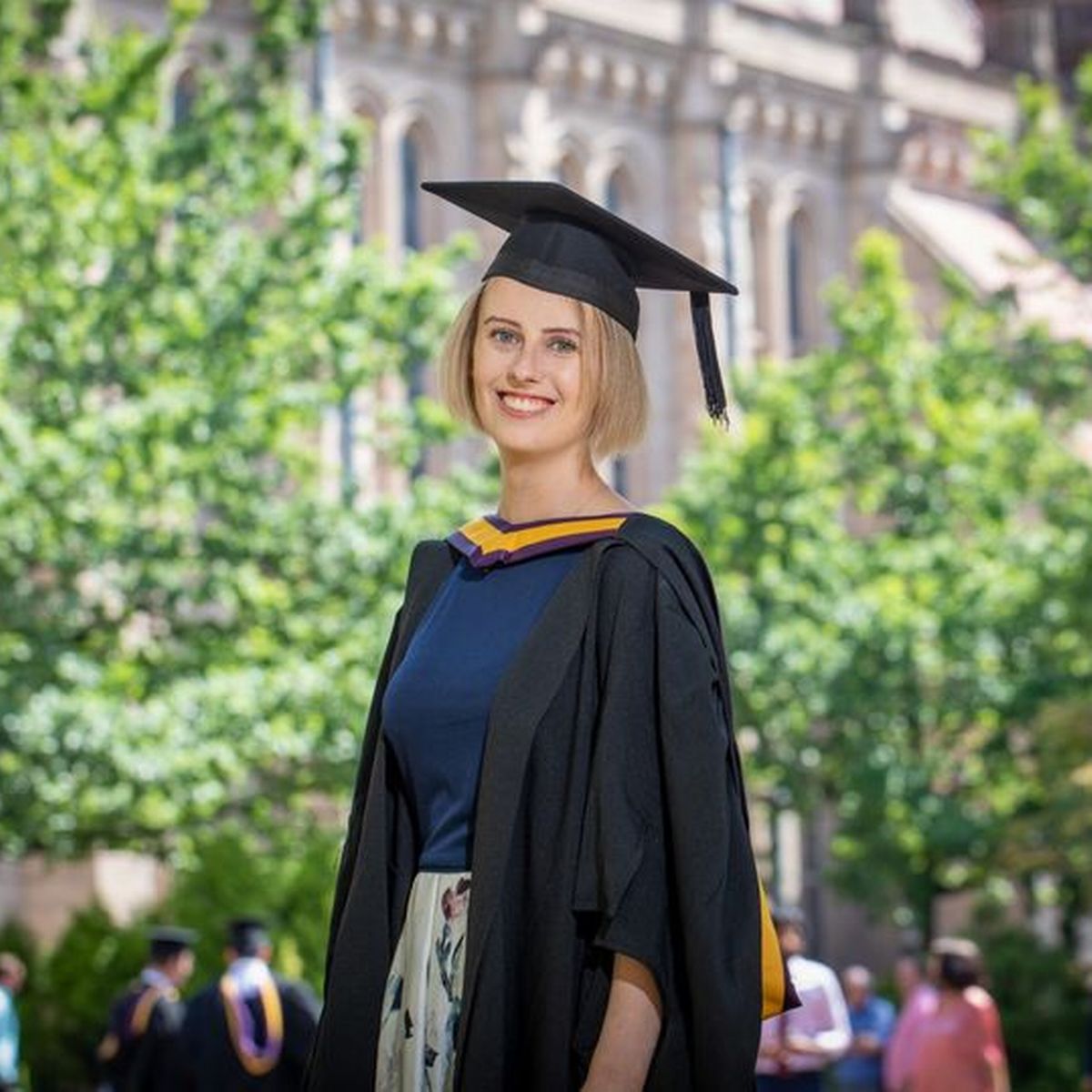 When Laura Nuttall received a diagnosis in 2018 at the age of 18, her life was permanently altered.

Later, she discovered that she had been given just a year to live and had a total of eight tumors.

Because of this, Laura, from Barrowford, Lancashire, altered her life’s trajectory, quitting her degree program in London to focus on her treatment and complete her bucket list.

But she was offered the chance to start immunotherapy when her family discovered about a novel medicine that was accessible in Germany.

Laura chose to enroll in a new course at the University of Manchester because her response to the therapy was so positive.

She was informed that she would never graduate, but here she is.

“In my first year, I wasn’t sure whether I would be able to make it to graduation, let alone obtain a 2:1,” said Laura, who is now 22.

Laura started an internet fundraising campaign and received contributions from family and friends after her family learned about the cutting-edge treatment.

Laura underwent a craniotomy to remove the largest tumor, and she subsequently began a strenuous regimen of chemotherapy and radiation therapy.

Every six weeks she had to travel to Cologne for treatment, but she adjusted so well that she was able to pick up her degree again.

Laura performed exceptionally well in her course, despite the fact that the rigorous treatment was made more challenging by the travel restrictions imposed during the pandemic.

In addition to having more surgeries in March and December, Laura also accepted a position as an ambassador for The Brain Tumor Charity.

Her degree in politics, philosophy, and economics is now complete.

Laura recently celebrated her graduation with her sister Grace, her father Mark, and her mother Nicola, who recently said of her daughter: “To watch her graduate is absolutely fantastic. Laura was told that she had a life expectancy of roughly a year and wouldn’t be going back to university at all.

“This day is a genuine celebration of her tenacity,” I said. “I know how hard she’s had to work to obtain her degree alongside her chemotherapy, surgery, and treatment.” We genuinely could not be prouder of her.

Now, Laura, who recently joined the board of Our Brain Bank (a nonprofit organization seeking to make glioblastoma curable rather than lethal), hopes to continue contributing to efforts to collect money for brain charities and increase public awareness of brain disorders.

In order to promote the study being done at The University of Manchester, Laura and Nicola felt compelled to tell their story.

Without the assistance and support offered by The University of Manchester, particularly the student welfare officials, Laura claimed she would not have been able to complete her degree.

In 2021, the university welcomed the Geoffrey Jefferson Brain Research Centre, which conducts studies in an effort to create innovative medicines to enhance the lives of people with neurological illnesses.

There, leading researchers in the fields of brain inflammation, imaging, and rehabilitation as well as those studying dementia, stroke, and brain tumors work.

All around the nation, these conditions are having a disastrous effect.

According to estimates, there are approximately 100,000 strokes every year, brain tumors are the main cause of death for people under the age of 40 and kill more children and adults than any other type of cancer.

One thought on “Four years after receiving a 12-month prognosis for brain cancer, a student celebrates graduation.”