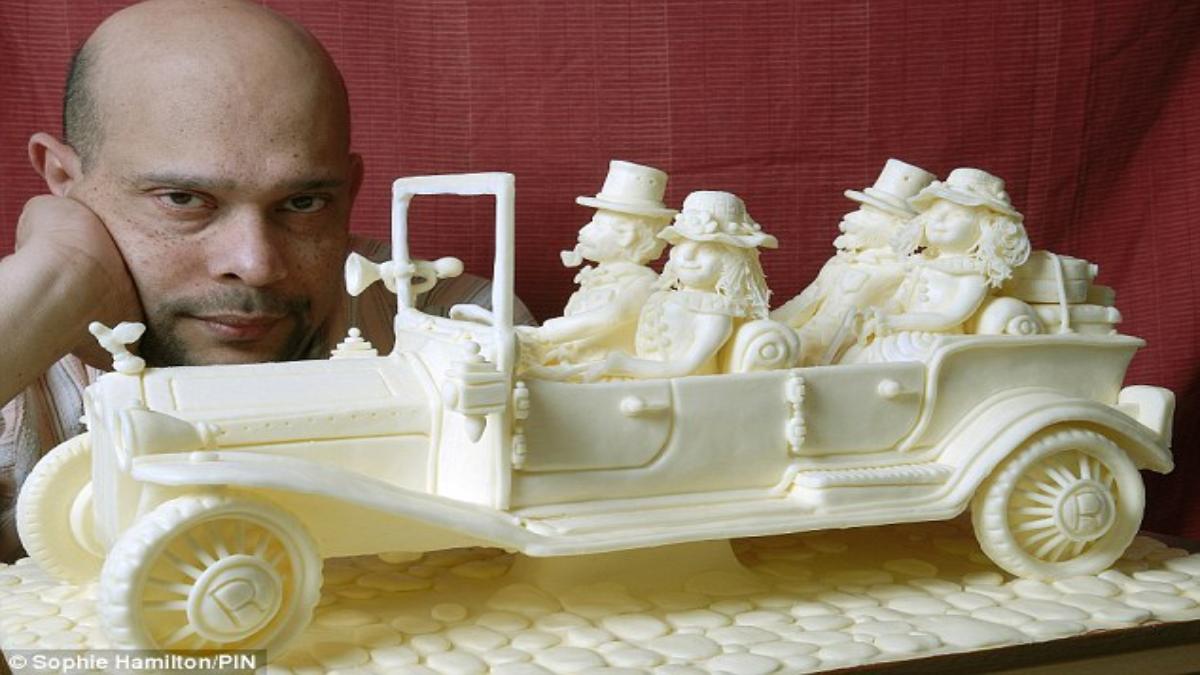 We all know that eating excess butter is harmful to our health, but who would have thought on using it to make these beautiful sculptures?

Vipula Athukorale, one of the world’s most affluent chefs, has created a Rolls-Royce automobile, a Pinocchio scene, and a Pied Piper story element with a butter.

His work is so detailed that he can’t even exhale on the butter before cutting figures.

They may appear to be melting, but Mr Athukorale said he using the correct type of golden spread technique. He prefers pastry margarine to butter, which melts at considerably higher temperatures, “they do not melt.’ I make the sculptures with pastry margarine rather than butter. It’s a little more difficult, but You should have them covered from time to time to prevent them from dust, although they are okay.’

A Pied Piper scene is reimagined in creamy bliss. Mr. Athukorale substitutes pastry margarine for butter because it does not melt as easily.

Mr. Athukorale was born in Sri Lanka and has worked at high-end hotels in Greece, Iraq, Cyprus, Bahrain, and England.

‘I used to be really talented at drawing when I was young. Then someone handed me some clay, and I began sculpting,’ he stated.

‘I began with polystyrene sculptures, which are my favorite, and afterwards  i progressed on to butter and food.’

He is now in the unusual position of being one of the best fine detail cooks in the world.

2 thoughts on “You wouldn’t Believe is a Butter -Top Chef uses Golden Spread to Create Exquisite Works of Art.”