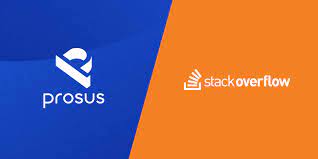 The Naspers unit gave up its stake in Russia’s largest social network for nothing, walking away from the company.

Prosus gave up its stake in Russia’s largest social network for nothing, walking away from a company run by an executive under US sanctions.

VK sold the shares acquired from the Dutch e-commerce company to its management team at market price in a deal valued at 24.8 billion rubles (R7-billion), VK said in a statement on Thursday.

Prosus, which owned a 27% stake in VK, said in March it would write off US$769-million following the Russian invasion of Ukraine. Trading of VK’s shares in London was suspended and its CEO, Vladimir Kiriyenko, was sanctioned by the US treasury department. He’s the son of one of Russian President Vladimir Putin’s top aides, Sergei Kiriyenko, and VK is controlled by companies affiliated with Gazprom, the state-owned gas giant.

VK has more than 49 million daily users in Russia and has expanded its dominance in the market as the government targeted foreign social media platforms during an Internet crackdown.