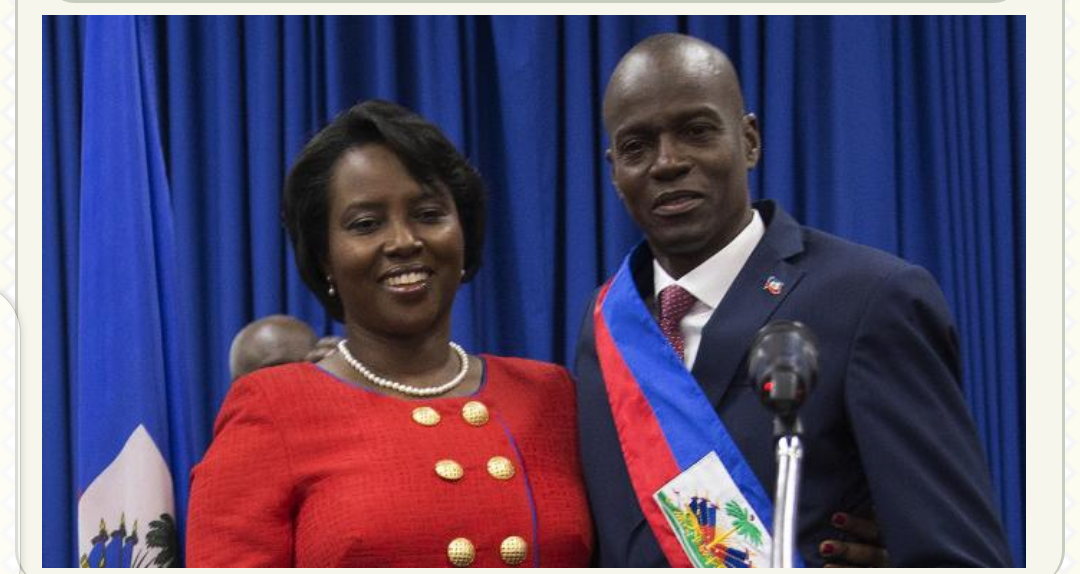 Frantz Exantus did not provide further details about Wednesday’s slaying of Moïse and the wounding of his wife, or say how many suspects had been arrested.

The killing is sure to bring more chaos to the unstable Caribbean country already beset by gang violence, soaring inflation and protests by opposition supporters who accused Moïse of increasing authoritarianism.

Interim Prime Minister Claude Joseph said the police and military were in control of security.

The poorest country in the Americas, Haiti has a history of dictatorship and political upheaval. The streets of Port-au-Prince were empty and quiet. In an interview with The Associated Press, Joseph called for an international investigation into the assassination, said elections set for later this year should be held, and pledged to work with Moïse’s allies and opponents.

Four suspected killers of President Jovenel Moise were fatally shot by police, and two others were arrested, AP reported citing Haiti Police Chief Léon Charles. Three police officers who had been held hostage were freed in the incident, AP said.

The hunt for the armed assassins who killed Haiti President Jovenel Moise and wounded his wife Martine in their home had continued on Wednesday.

A short clip of a video purporting to show armed men in pick-up trucks at the President’s home in the aftermath of the attack was posted on social media but could not be immediately verified.

Neighbouring Dominican Republic closed its land border with Haiti after the attack and Haiti officials asked for international help to search for assailants who may have escaped by sea.
Authorities declared a “state of siege” in the country and closed the international airport.

Haiti first lady Martine Moise, who was wounded in the attack, was flown out of the country on Wednesday afternoon and her air ambulance has landed in Fort Lauderdale, Florida, according to a Miami Herald report.

She is said to be in a stable but critical condition.

Bocchit Edmond, the Haitian ambassador to the United States, said the attack on the 53-year-old Moïse “was carried out by foreign mercenaries and professional killers — well-orchestrated,” and that they were masquerading as agents of the U.S. Drug Enforcement Administration. The DEA has an office in the Haitian capital to assist the government in counternarcotics programs, according to the U.S. Embassy.

It appears to be a heavily-financed operation.

Moise was said to have a long list of enemies who wanted him gone as he was no friends with the State Department & some foreign powers.