Johnny Depp: I gave 13-year-old daughter Lily-Rose cannabis because it was ‘trustworthy and good quality’ 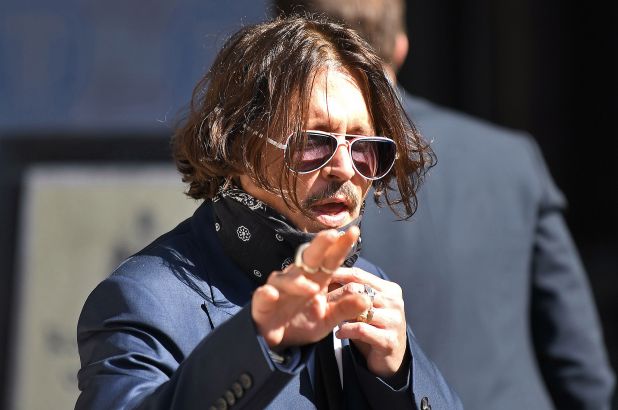 Johnny Depp supplied cannabis to his 13-year-old daughter when she wanted to try the drug for the first time and told the High Court he believes he was being a “responsible parent”.

The film star said he did not want his teenage daughter smoking marijuana in an uncontrolled environment and “going into some sort of paranoid tailspin”, and knew that his own stash was “trustworthy”.

He told the High Court he supplied some of his own drugs to Lily-Rose Depp, after discussing the decision with her mother, his ex Vanessa Paradis.

Questioned about the incident during his libel trial against The Sun this afternoon, Mr Depp denied “encouraging” his daughter’s use of cannabis and said he had been “involved in” the decision.

“My daughter was at a party and someone passed the joint to her. She was just 12 and she said she didn’t know what to do.

“I said ‘listen sweetheart, if you are at a party and someone hands you the joint, take the joint from the person and pass it to the next person. Please don’t experiment with drugs with people you don’t know’.”

“It’s a safety issue, it’s a father worried about his daughter in this kind of situation, when she came and said ‘we are ready’.

“I know the most important thing for a child if you are going to do something like that – I would rather have them be honest with me and me be honest with them, so she doesn’t go out there and do things and hide them from me.

“I want her to trust me. If my daughter says she was ready, she was ready. I wanted to make sure the settings were perfection, put on family TV, fill the refrigerator with ice cream, fill the freezer, make a situation where the experience is as pleasant as possible.

“I don’t want a 13-year-old going into some sort of paranoid tailspin. I knew the marijuana I had myself, that I smoked myself, is trustworthy and good quality.”

Depp, who told the court he has tried most drugs but not ketamine, said he recognised that marijuana has its dangers.

Addressing barrister Sasha Wass QC directly, he added: “If this is wrong in your eyes, I appreciate what you think but I was raising a daughter and I was being a responsible parents so far as I’m concerned.”