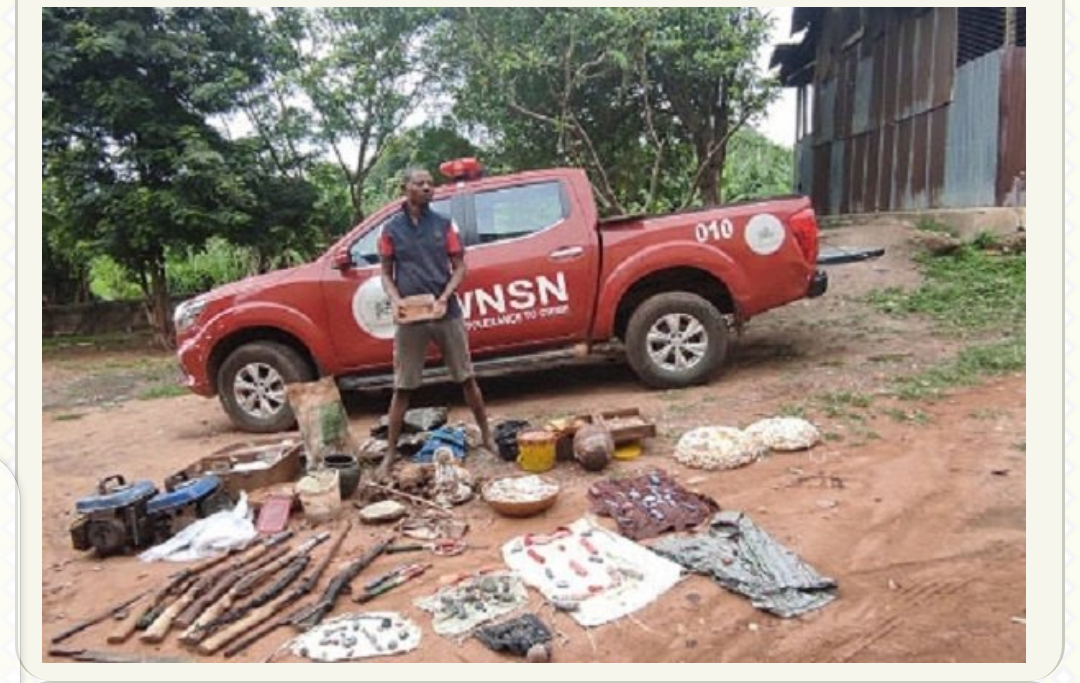 Abdul-Rasheed, 40, was reportedly caught and paraded with fresh human hands and other body parts, which were paraded as exhibits.

Abdul-Rasheed reportedly said he belonged to a syndicate that sources fresh human parts for some people.

He said they exhume bodies of known people.

Commandant of Amotekun Corps in the state, Col Olayinka Olayanju (retd) told journalists that the suspect was investigated for some months before he was apprehended.

He said some unnamed individuals have been “mounting pressure on him to release the suspect.”

Abdul-Rasheed said, “We only exhume bodies that are known to us because we must know the dead person when he or she was alive.

“We must also know his or her name as well as the mother’s name.

“Knowing the mother’s name of the dead person that we want to sell the body parts attracts extra cost from those that buy the human parts from us.”

Items recovered from the suspect included guns, charms, decaying body parts, motorcycles and a car. Col Olayanju assured residents that the suspect would be handed over to the police for further investigation.

As her family makes one last desperate appeal, a Singaporean woman faces execution in China

Parents of a slain girl beg French politicians not to politicize their daughter’s death.