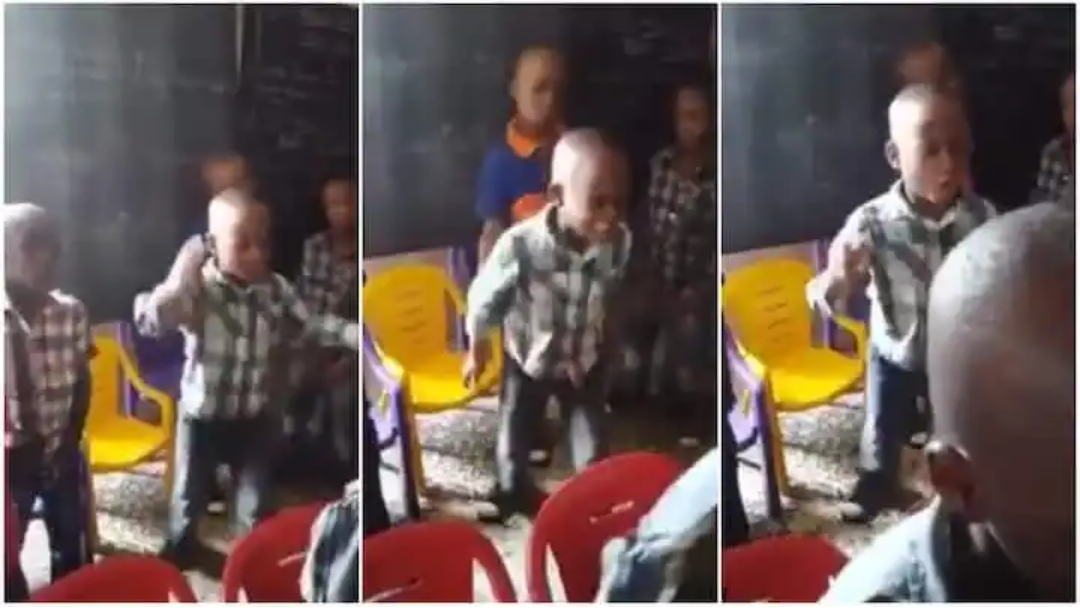 A short video showing a kid praying hard among other children as he suddenly started speaking in tongues has gone viral In the short video, the serious prayer session got many people wondering where he learned the act from There were people online who said that parents should not force their kids into becoming adults so fast.

Many people said it is good the kid is spiritual from when he is small. Photo source: @IamSamzyPR Source: Twitter

People said “amen” People in the background could be heard saying “amen” as he asked for God’s wisdom on his classmates in clear English language.