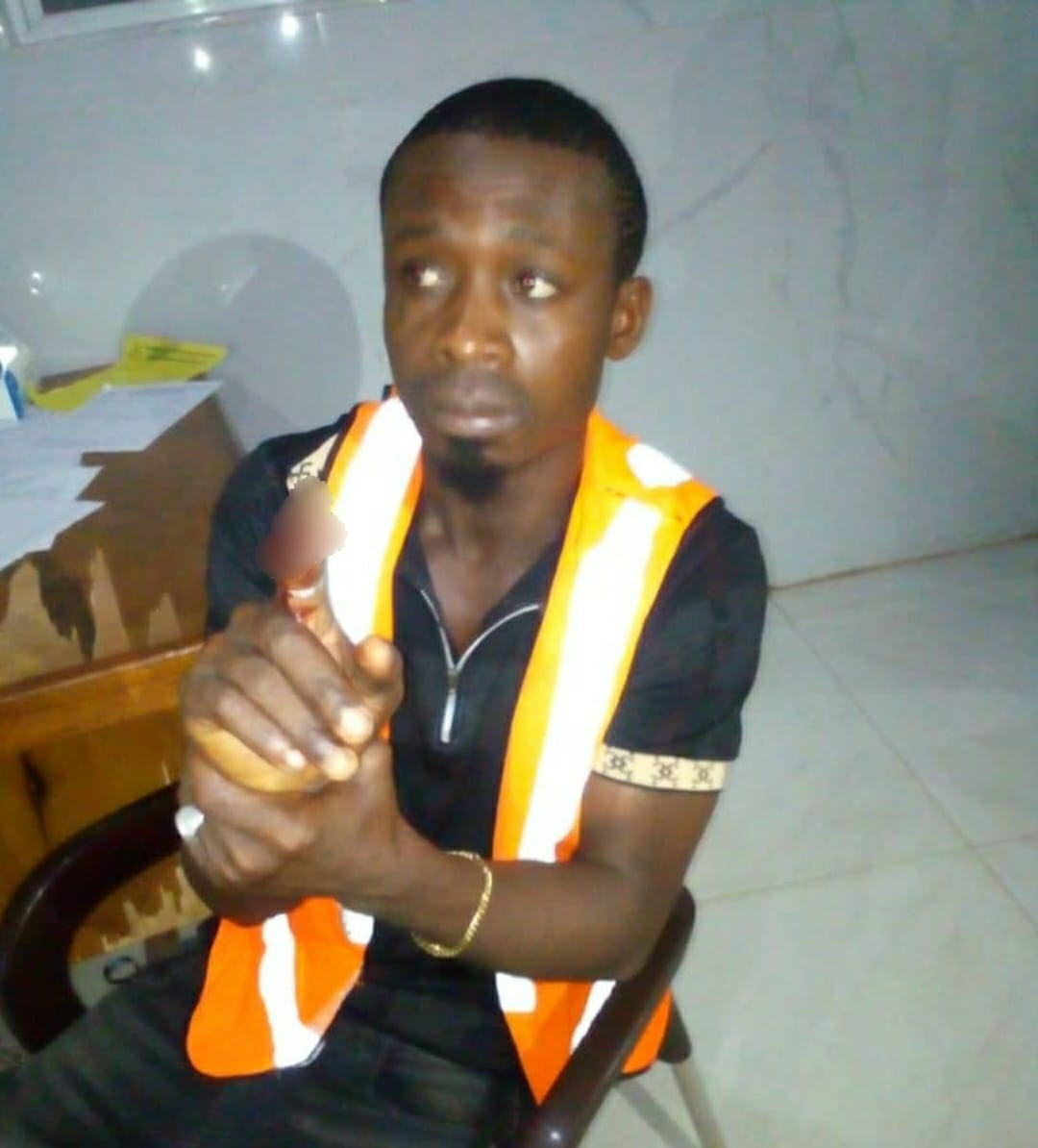 A commercial driver in Ebonyi state is currently on the run after he bit off and swallowed the finger of Iboko Kenneth, a task force member in the state who was trying to get him arrested

According to reports, the incident occurred at the Onuebonyi Junction in the Abakaliki metropolis, when the Ministry of Capital City Development and the taskforce team were on an inspection tour within the state capital to stop illegal parking and loading of passengers.

The erring driver was said to have been spotted loading passengers at the Onuebonyi junction when the state government had last week relocated the drivers to the Akubaraoha central park where all drivers are meant to start loading their passengers.

After he was spotted parking illegally to pick passengers, the erring driver was said to have bitten off and swallowed Iboko’s finger. The victim was rushed to the emergency unit of the Alex Ekwueme Federal University Teaching Hospital, Abakaliki where he is receiving medical attention.

Confirming the incident to newsmen, the state Commissioner for Capital City Development, Chief Onyekachi Nwebonyi, described the incident as terrible, unexpected, and barbaric.

”It is very unfortunate that a driver can attack a law officer who is trying to organise the state to the point of chopping off his finger. This is terrible, unexpected and barbaric.

So, I want to plead with the motorists not to pull our legs because the taskforce are not weak and we do our job within the confines of the law, but for a driver to chop-off a taskforce finger is unacceptable and I assure you that we will get to the root of the matter, it will not happen again.

We are not using force but the problem is that our people are stubborn particularly the motorists, some of them anyway.  I want to commend some of the transport companies for their cooperation so far that led to the peaceful relocation of the parks within the city to the central park known as Akubaraoha Abakaliki Central Park. If you go there now, the park is very peaceful, businesses are going on, no complain.

As the government, we are doing our best to fence the place and put internal roads and other social amenities.

But we have discovered with dismay that some drivers are bent on operating from the streets instead of doing the needful and by joining their colleagues at the central park.

My encounter with them this morning is evidence to that assertion. Along waterworks road, behind the police checkpoints there, we saw over 10 buses loading Enugu and Onitsha.

We also took a patrol to Onuebonyi Junction where we saw 11 trucks, buses, and Sienna buses loading there not minding our repeated warnings to that effect.”he said