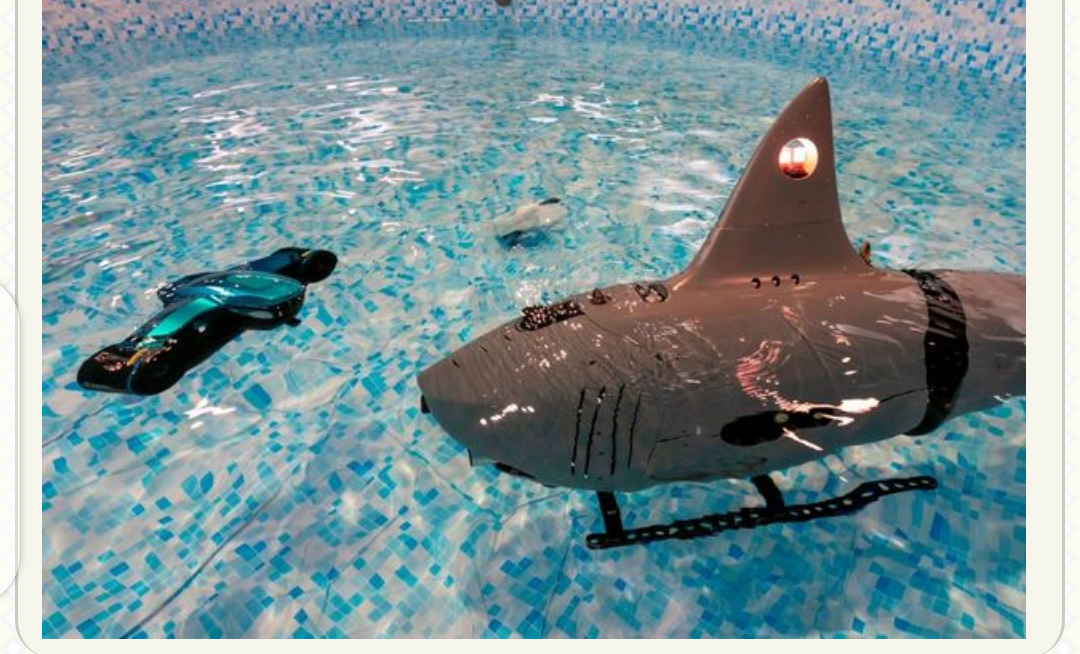 The shark-shaped weapon of war is propelled at speeds of up to six knots [just under 7mph] by a unique bionic tail-fin.

It features low noise, long-endurance, fast speed, and high flexibility, making it a formidable threat in any future conflict.

The manufacturers are currently consulting with The Chinese People’s Liberation Army Navy about its exact requirements.

China has also revealed this week that it has already tested an autonomous underwater drone designed to seek and destroy enemy submarines.

The tests apparently took place in the Taiwan Strait in 2010.

One of the deadly drone’s developers, Professor Liang Guolong, said that eventually, the drones would be able to hunt as part of a swarm formation.

“The needs of future underwater warfare bring new development opportunities for unmanned platforms,” the researchers said in their paper, published in the Journal of Harbin Engineering University.

In its report on the test, The South China Morning Post said that it was “unclear” why China has chosen this time to de-classify details of the test, noted that the tension over the Taiwan Strait “has recently escalated to its highest point in decades”.

A three-day 9th China Conference on Command and Control and the 7th China Military Intelligent Technology Expo also demonstrated several other advanced land, sea and air combat robots designed to go into combat without the need for a human controller, heralding an era of all-robot warfare.

The event was intended to accelerate the Chinese military’s “intelligentisation development”, and enhance its joint and all-field combat capability based on a system of network and information and boosting its integrated development of “mechanisation, informatisation and intelligentisation,” the Global Times reported.