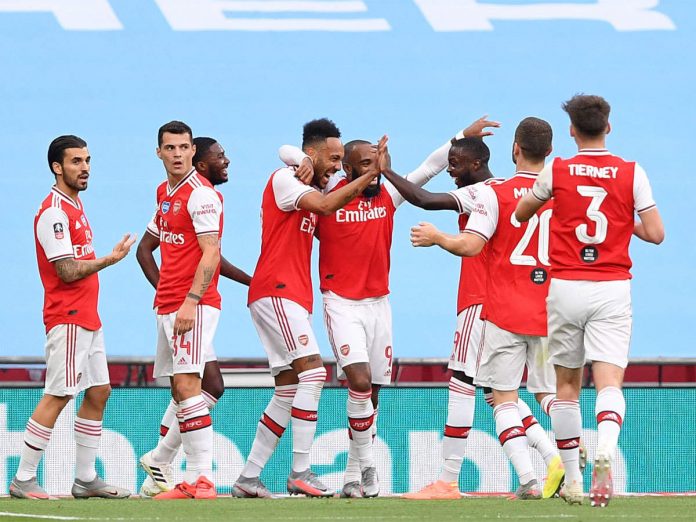 Gunners boss Mikel Arteta outwitted City manager Pep Guardiola with an astute counter-attacking scheme and Aubameyang struck in each half as Arsenal executed the plan to perfection.

Arsenal will face the winner between Chelsea and Manchester United, who meet in the other semi-final on Sunday, in the final at Wembley on August 1.

Arteta captained Arsenal to FA Cup triumph six years ago and, in his first season in charge of the north London club, the Spaniard has led them back to the final of a competition they last won in 2017.

Just days after beating Premier League champions Liverpool, Arsenal offered further evidence that Arteta could be the man to restore them to the glory days of the Arsene Wenger era.

Arsenal had lost their previous seven meetings with City, including a 3-0 drubbing in their first game after the coronavirus hiatus.

City were unbeaten in their past nine matches at Wembley but, thanks to Arteta’s masterstroke, Arsenal handed Guardiola’s side a first defeat there since the 2017 FA Cup semi-final against the Gunners.

With second place in the Premier League secured, City have to focus on the resumption of their Champions League challenge in August, when they defend a 2-1 first leg lead against Real Madrid in the last 16.