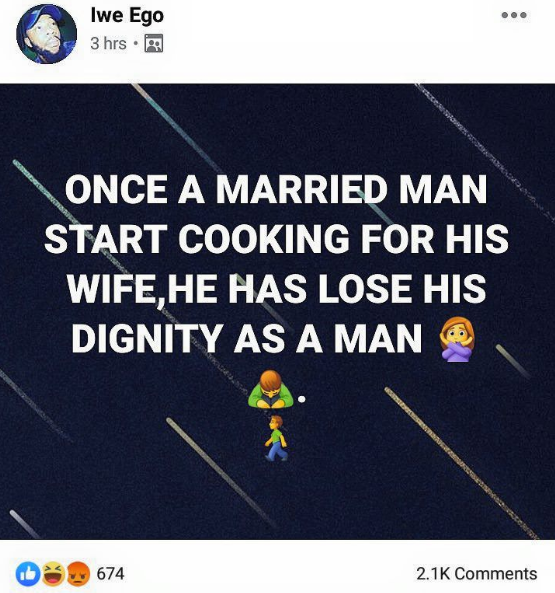 A Nigerian man took to a Facebook group to state that any man who cooks for his wife has lost his dignity as a man.

Iwe Ego wrote: “Once a married man starts cooking for his wife, he has lost his dignity as a man.”

While some Facebook users agreed with him, others slammed him for his opinion.

See some reactions below.

What’s Your Opinion on this