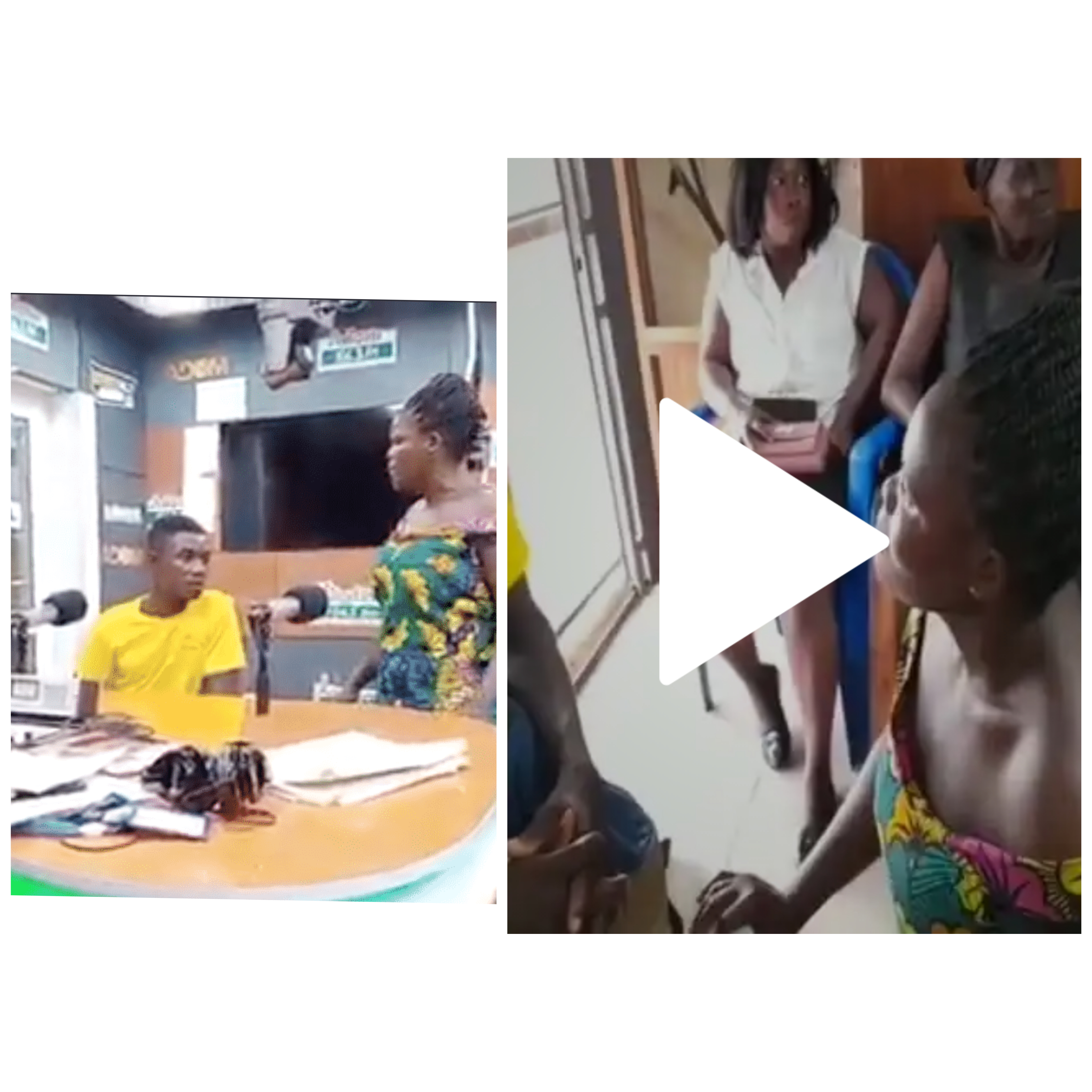 About two days ago, a married woman made headlines days ago for slapping her husband on a live radio show, because he accused her of keeping excretes in their room.

The assault by the lady happened after the disgruntled Ghanaian husband and his wife were invited to a radio show to air their grievances and settle their issue.

After the man accused his wife of keeping urine and faeces in their room during the live radio show, he received a heavy slap on his cheek from his wife. The woman repeatedly accused her husband of trying to embarrass her in public.

However, in a new video that was shared, the lady is seen going down on her knees to beg her husband over the incident, in the presence of people said to be their family members.