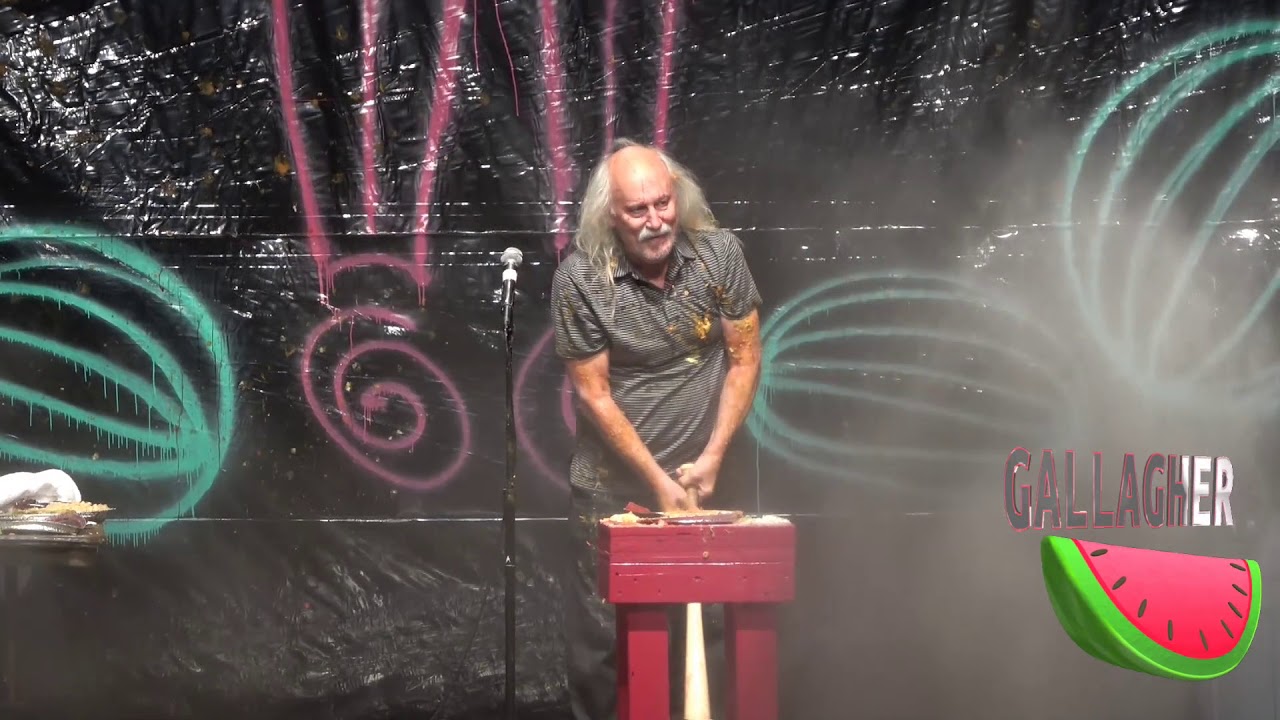 American Comedian, Leo Anthony Gallagher Jr. popularly known as Gallagher, and one of the most recognizable comedic performers with a signature act of smashing a watermelon on stage with a sledgehammer is dead. Gallagher died Friday morning while under hospice care in the Palm Spring area, according to his manager, Craig Marquardo.

Craig told TMZ Gallagher died of massive organ failure.  According to a statement provided to CNN by Marquardo, the comedian died “after a short health battle” and “passed away surrounded by his family in Palm Springs, California.” He had been sick for a while, said Marquardo, suffering numerous heart attacks over the years

Gallagher started working as a comedian after college but got his first mainstream break when he performed on The Tonight Show With Johnny Carson in 1975 and thereafter became one of the popular comedians in America. He became a household name in the early ’80s with a comedy special titled “An Uncensored Evening.” the first comedy stand up special ever to air on cable television, according to an obituary shared by Marquardo.

He is survived by his two children, Aimee and Barnaby.