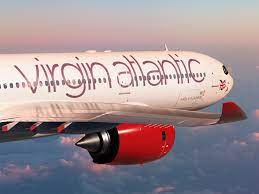 British long-haul carrier Virgin Atlantic announced that it would join the SkyTeam alliance. The airline announced the news at a press event held in London this morning. Delta Air Lines and KLM, both close partners of Virgin Atlantic, are also members of the alliance, making it a natural fit.

It’s usually pretty big news when an airline joins an alliance and not something that happens every day. Airlines typically join alliances to increase their partnership options with like-minded carriers. This usually means increased codeshare options and reciprocal benefits for frequent flyers. The three main airline alliances are oneworld, Star Alliance, and SkyTeam.

Virgin Atlantic is looking to officially join the SkyTeam alliance early next year, having been aiming for early January.

“We were shooting for the end of January. We just don’t want to overcommit at this point. As I mentioned, we have been working together on this for some… Probably the beginning of 2023,” says Kristin Colvile, CEO, SkyTeam.

SkyTeam is currently working on rolling out technology to increase connectivity between airlines. This will, for example, allow passengers to buy Korean Air flights on the Virgin Atlantic website. When asked about how the product will compare with competition at oneworld, Colvile added that customers will have the same seamless experience across the board.

Virgin Atlantic CEO Shai Weiss added that SkyTeam shares the “customer first” mentality of his airline. He concluded that this step makes sense as it enables the carrier to enhance existing collaborations in place and increase network opportunities while making the most of loyalty benefits.

Joining an airline alliance typically means that passengers get a better travel experience. Alliance partners typically have comprehensive codeshare agreements, meaning that passengers have access to more routes to traverse the globe.

However, frequent flyers may be the biggest winners of airline alliances. Passengers with elite status in the Virgin Flying Club will have access to other SkyTeam carriers’ lounges and perks such as priority boarding and dedicated check-in areas. This motivates a passenger to book with another SkyTeam airline over an airline in another alliance when traveling outside their home carrier’s network.

The SkyTeam alliance is the youngest of the three major alliances. It was founded in June 2000 by Delta Air Lines, Aeromexico, Air France, and Korean Air. The alliance currently has 18 full members. Aeroflot was also a member, though its membership has been suspended due to sanctions placed on Russia. The current member airlines are,

Joining the SkyTeam alliance makes more sense for Virgin Atlantic than the other alliances. The airline would be unlikely to get an in with oneworld given its competition with British Airways. Star Alliance is less attractive than SkyTeam due to Virgin Atlantic’s ownership structure. Fellow SkyTeam member Delta Air Lines own 49% of the airline, and the airline has a close relationship with the Air France-KLM Group.