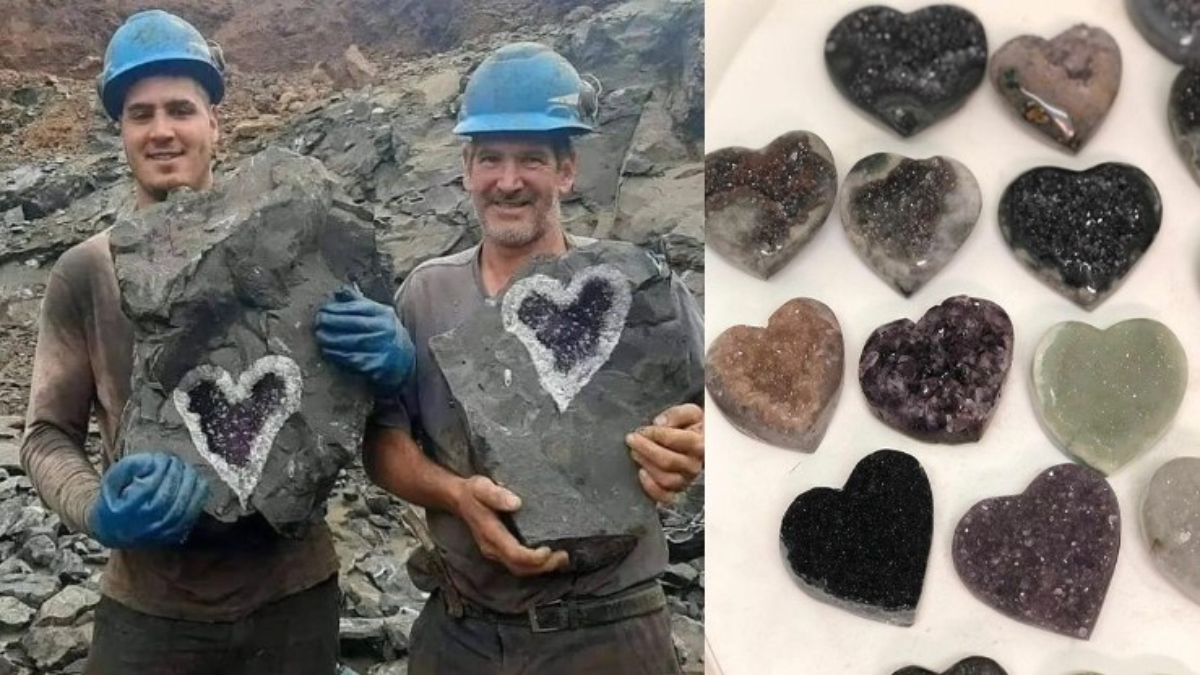 Uruguay Miners discovered this unusually shaped amethyst geode in the border of Uruguay and Brazil. When they cracked up a rock they find two hearts on either side of it.

The miners had no idea they would eventually come across a geode as beautiful as this one when they were busy starting an excavation.

As Marcos Lorenzelli of Uruguay Minerals explained to My Modern Met, “We were starting the mining work normally, but the land was hard to work on, and our employees said, “We have to find something really lovely due to the hardness of the land”

Surprisingly, this unexpected start of the day quickly produced results. Especially, an impressive one. Soon, those workers held the most exquisite amethyst(s) on Earth in their hands! This was indeed a great discovery by the miners.