Uniqueness of the Australia Flying Orchid. 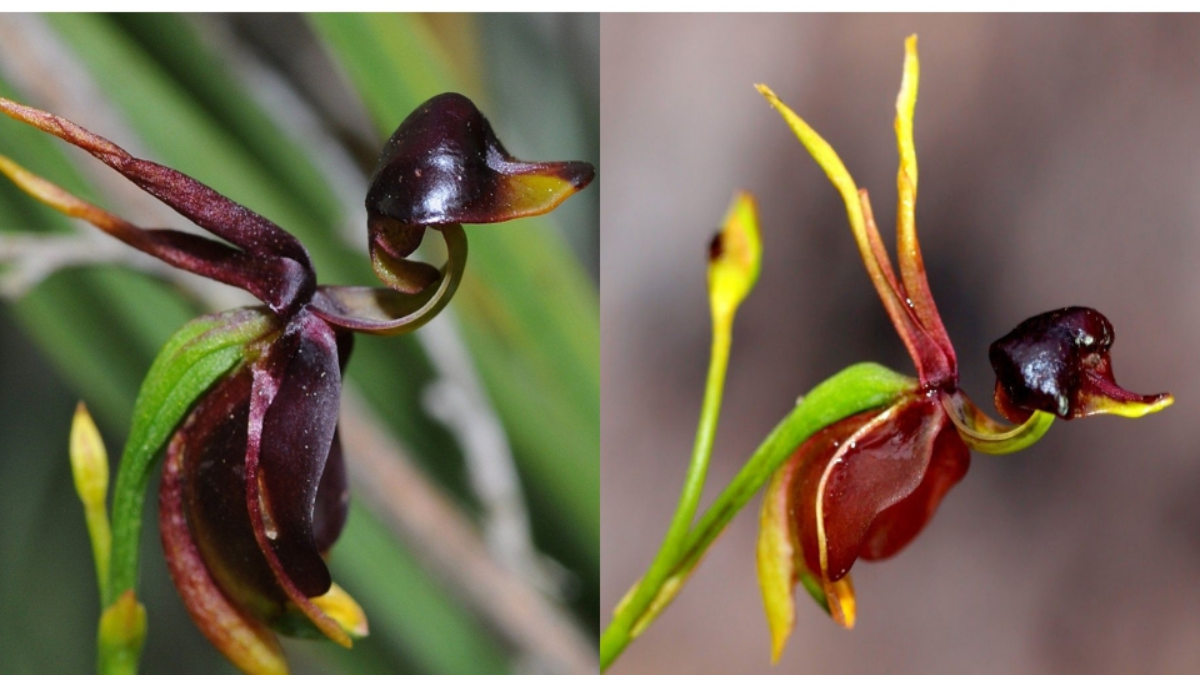 Although it might surprise you, the flying duck orchid is not on Australia’s list of threatened plants. These plants struggle to survive due to a decline in pollinators and a shrinking habitat, but what makes them even rarer are their root systems.

This orchid’s ability to grow depends on the presence of a specific kind of fungus that can only be found in the environment of its native Australia. According to researchers, this fungus aids the orchid in warding off infections and other potential causes of decay.

The doppelgangers you discover naturally growing off of bushes and in wetlands all around the world have a certain magical quality. The orchid known as the flying duck is no exception.

This flower, Caleana major in scientific terminology, grows in Australia. It develops petals that gather together to resemble a duck in flight when it blooms, which occurs between September and February.

However, is much more than just a cute flower. The flying duck orchid, like the bee orchid, has a unique tiny system for luring pollinators, particularly sawflies. The orchid functions as part of an entrapment by appearing to flies as a sawfly female. A fly is driven into the area of the plant where pollen is kept once it lands on the flower’s “beak” before flying away. This makes it more likely that the sawfly will collect some of the pollen before flying away to disperse it. Sneaky!

Although you can’t cultivate these plant yourself and visiting them in their natural habitat would cost you money, there is one place where they can exist in perpetuity: on a stamp. As part of a four-stamp series celebrating native plants. The Australian government started issuing stamps in September 1986 that included an image of the flying duck orchid.

In case you’re fortunate, you might be able to locate one online.

One thought on “Uniqueness of the Australia Flying Orchid.”