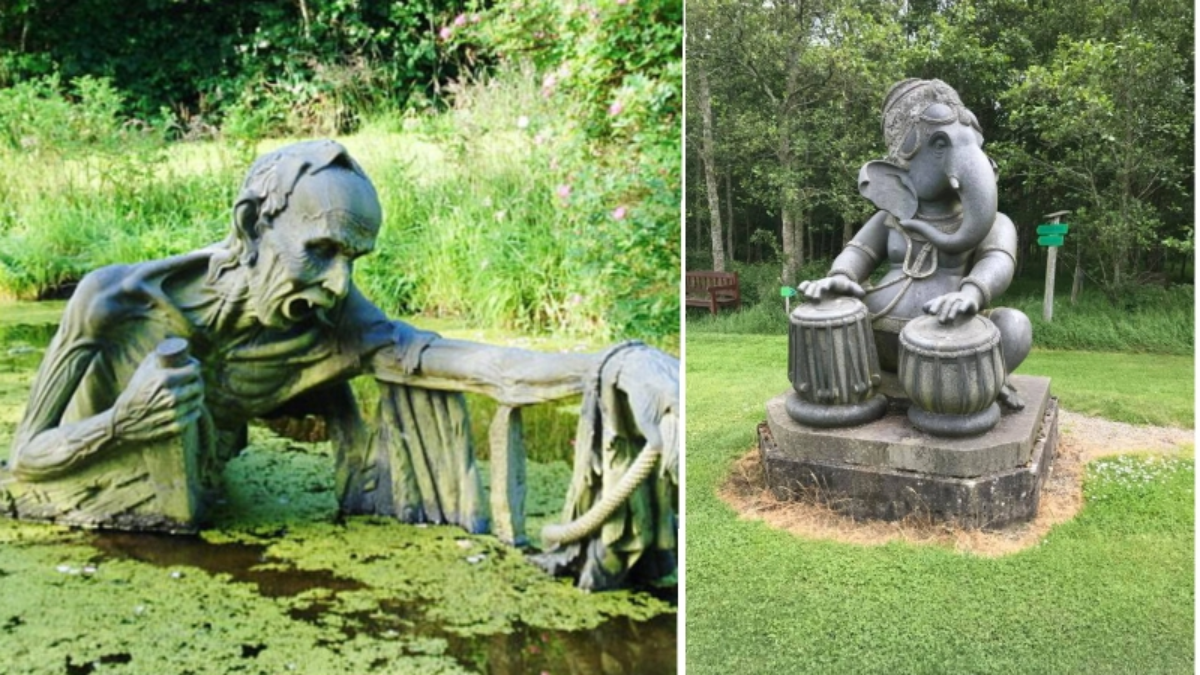 A sculpture park in County Wicklow, Ireland is currently home to THE UNUSUAL SPIRITUAL VISIONS OF AN IRISHMAN, which were carved out of stone by artisans in Mahabalipuram, India.

The 22-acre park has several dancing sculptures of Ganesh, Shiva, and other Hindu deities. More odd sculptures such as a skeletal -like figure, a huge disembodied finger, and “The Split Man,” which depicts a figure ripping itself in two and is meant to reflect “the mental state of the dysfunctional human,” was also included.

This group of sculptures, which took 20 years to build, was created to symbolize the spiritual development toward enlightenment.

Victoria’s Way was the name of the park up until 2015, when the owner decided to close it down because “too many day-trippers came and converted it into a fun park for parents with kids. It was created as a garden for adults of over 28 to meditate in. In 2016, with new age limits, it was reopened under the name Victor’s Way (reverting to its former name.