This Amazing German Sculpture Also Function as a Handrail. 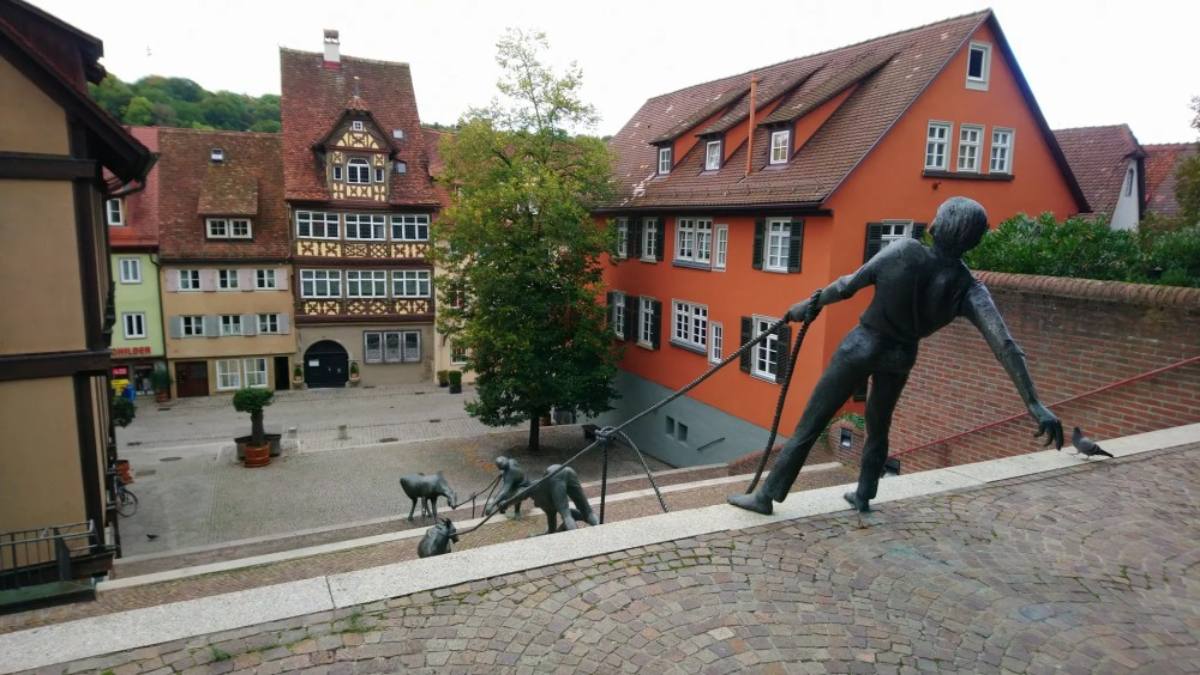 The 1981master piece was created by German sculptor and draftsman Karl-Henning Seemann (born March 13, 1934 in Wismar), he is best known for his sculptures and fountains found in public areas. The beautiful stunning public artwork located in Germany which features as a handrail , depicts life-size figures battling to pull resistant animals up the stairs on ropes.
The bronze statues can be seen on the stairwell at the district office of the German district of Schwäbisch Hall, which is situated outside the district administration office of the city (Landratsamt.)

On his website, khseemann.de Seemann states, “I’m constantly thinking about how I can translate movement, the fourth dimension of time, into the art that is constrained by gravity, without the sculpture becoming frozen into a pose.”

The second part of Sculpture which is the most amazing part;  a  goat is being pulled by three men as they struggle to climb a “mountain”, which runs from the halfway point to the top of the stairs. One of the men slumped down and the other was attempting to catch him.
The astonishingly animated sculptures have the effect of a captivating acting skills, but they also seem to be solid and immobile.

One thought on “This Amazing German Sculpture Also Function as a Handrail.”