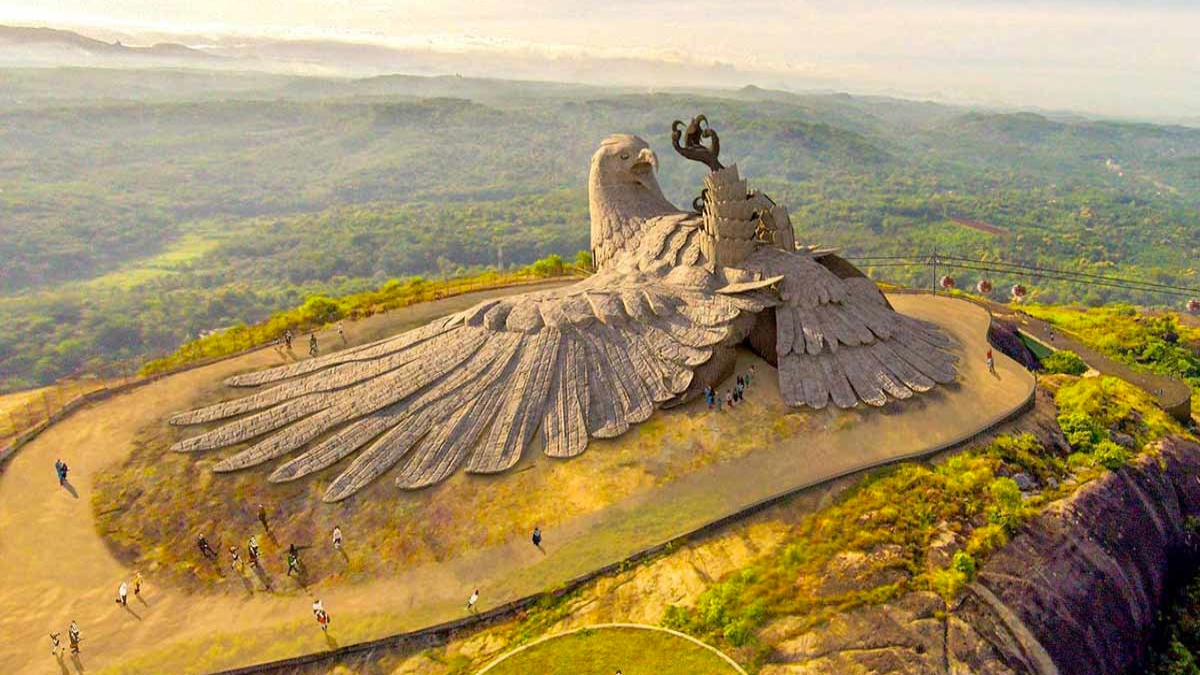 Magnificent views of the natural world may be found in Kerala, India, and this views  are best enjoyed from the Jatayu Earth’s Center. The natural park has been in operation since the end of 2017 and is a collaboration between the country’s tourism office and sculptor and film director (Rajiv Anchal).  The largest bird sculpture in the world is located at the Jatayu Earth’s Center, which has since gained enormous popularity.

The bird, also known as Jatayu, has astounding stature. It measures about  150 feet in width, 200 feet long, and 70 feet high. At such a great size, the sculpture has exquisite features, such as layered and it’s uniquely designed feathers. Visitors are able to walk on top of Jatayu and also climb on it because of his magnificent spread-out wings.

This artistic creation is also a functioning roof for the Earth Center’s building – making this artwork a great idea. It’s no surprise that Anchal and his colleagues worked for ten years to create this magnificent sculpture.

The enormous sculpture has an important historical message in addition to being a great accomplishment of design and architecture. The Hindu epic Ramayana features a symbolic character named Jatayu. According to tradition, this “great bird of divine origin” attempted to save Sita, the famous Lord Rama’s bride (an incarnation of Vishnu and Krishna). Jatayu intervened to save Sita while she was being kidnapped by the demon king Ravana.

After a battle with Ravana, the king cut Jatayu’s left wing and fled with Sita. The Jatayu Earth’s Center made the decision to erect this enormous statue in recognition of the great figure’s commitment to women’s safety. The artwork also alludes to a “previous era when people, animals, and all living things were kind to one another and coexisted harmoniously on this planet

One thought on “The world’s largest Bird Sculpture took ten years to complete.”