The Wonders of Hukou Waterfall Located in China. 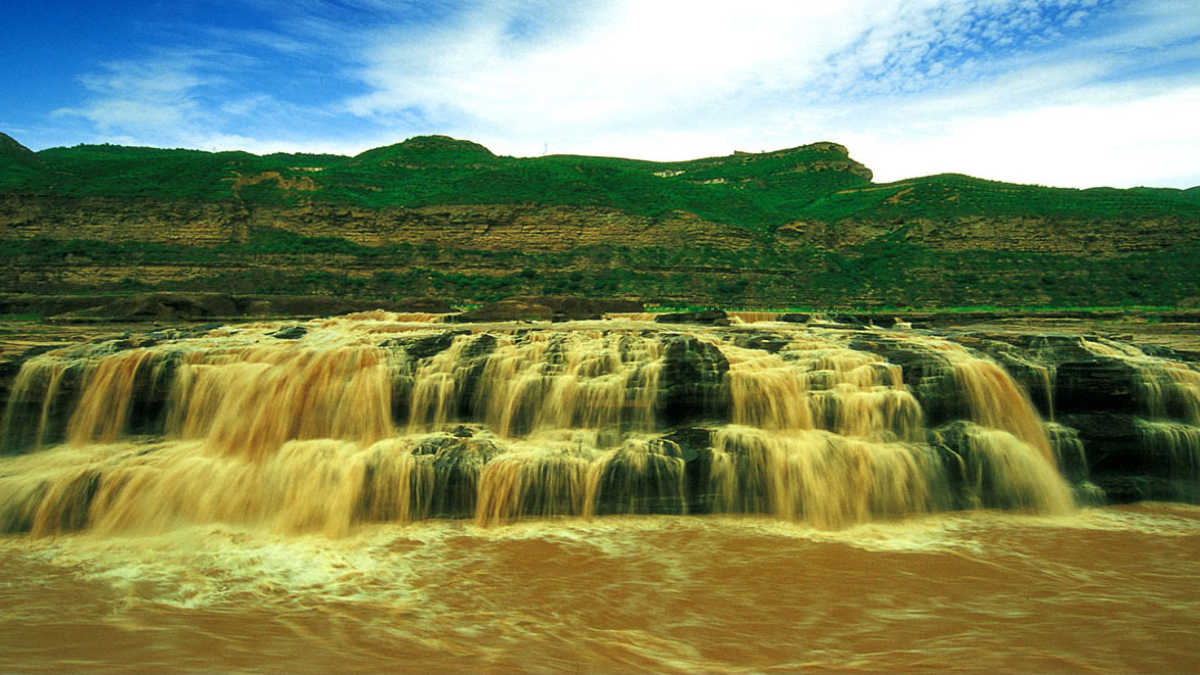 The Huangguoshu Waterfall in Guizhou Province is the world’s biggest yellowish waterfall in the world, and Hukou Waterfall is the second-largest waterfall in China. Its tableau has been depicted in numerous Chinese paintings, and it was once printed on a 50-yuan chinese bill. Hukou Waterfall’s featured landscape has drawn countless visitors in order to experience its unique and natural beauty, earning it the designations of Key National Scenic Spot, Excellent Tourist Attraction, Geological Relic Reserve, and AAAA Scenic Spot. A journey to the magnificent Hukou Waterfall is well worthy of your time.

Due to Hukou Waterfall’s location at the confluence of Shanxi and Shaanxi provinces, two scenic areas in two provinces have been set up for visitors to take in the splendor of Hukou Waterfall. The two scenic locales are separated by Colourful water which are not interconnected and one can literally walk across them as long as you can.

The Wonders of Hukou Waterfall
The viewpoints of Hukou Waterfall from various angles are not clearly distinguishable from one another. You will be astounded by the water waves and thudding waterfalls while standing by the Yellow River. whether you view it from the Shanxi or the Shaanxi side. Hukou Waterfall appears to be seen from the perspective of looking up in Shanxi and looking down in Shaanxi.
Around Hukou Waterfall and Mengmen Mountain, there is a trough in the riverbed that is about 40 meters wide and 15 meters deep. According to an ancient legend, a dragon created this trough. The rocks on either side of the Dragon Trough, which have been shaped and patterned by water erosion for hundreds of thousands of years, capture people’s imaginations.

Formation of Hukou Waterfall.
The beautiful River flows from its connection in Qinghai Province all the way east, carrying along 5,000 years of culture heritage through the Qin-jin Gorge in the northwest Loess Plateau. The tranquil river cascades and empties into a stone pond which is 30 meters or more lower than that of the primitive river channel as it flows to Hukou Community, where the river course is abruptly lowered from 500m wide to only about 50m. This made it an amazing waterfall attract tourists from all over the world. It was given the name Hukou Waterfall, which is translated to “kettle spout.”

2 thoughts on “The Wonders of Hukou Waterfall Located in China.”