The Sculpture of Decebalus, the Largest Rock Sculpture in Europe. 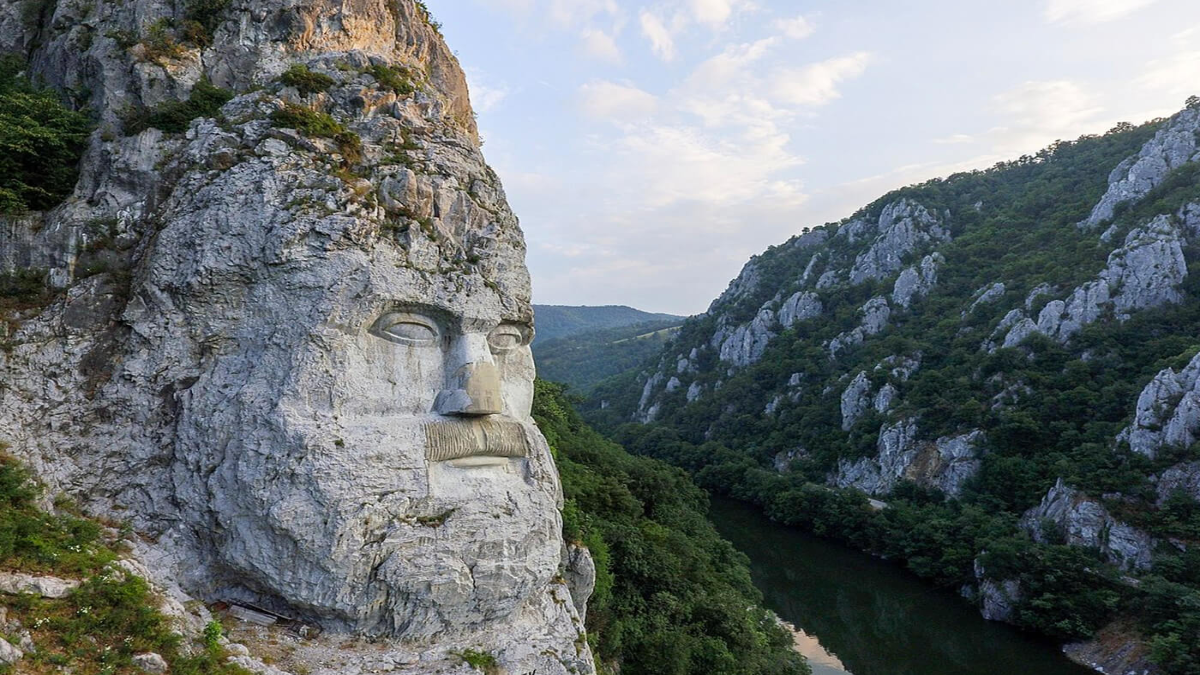 On the border between Serbia and Romania, along the alluring banks of the Danube, stands an enormous monument known as the Statue of Decebalus. This amazing piece is situated close to the city of Orova amid the magnificent environment of the Romanian side, facing the Iron Gates. One of the most powerful king of this ancient nation, Decebalus was the last king of Dacia and ruled from 87 to 106 AD. He was a remarkable strategist and remains recognized today for his noble treatment of his subjects and his kingdom. His excellence was honored by this statue.

The enormous piece, which is currently ranked as the sixth-largest in the world and the highest rock sculpture in Europe, represents the head of King Decebalus, 43meter in height and 25m in width.

The statue was built between 1994 and 2004 by the Romanian artist Florin Cotarcea with the initiative and financial assistance of his compatriot Iosif Constantin Drgan, a businessman and history enthusiast who later became Giuseppe Costantino Dragan. The sculpture was successfully completed after ten years of arduous labor by a group of 12 sculptors. It frequently experiences tremendous stress as a result of height. At the conclusion of the project, the Latin inscription Decebal Rex, Dragan Fecit, or “King Decebalus, made by Dragan,” was carved into the base of the monument.