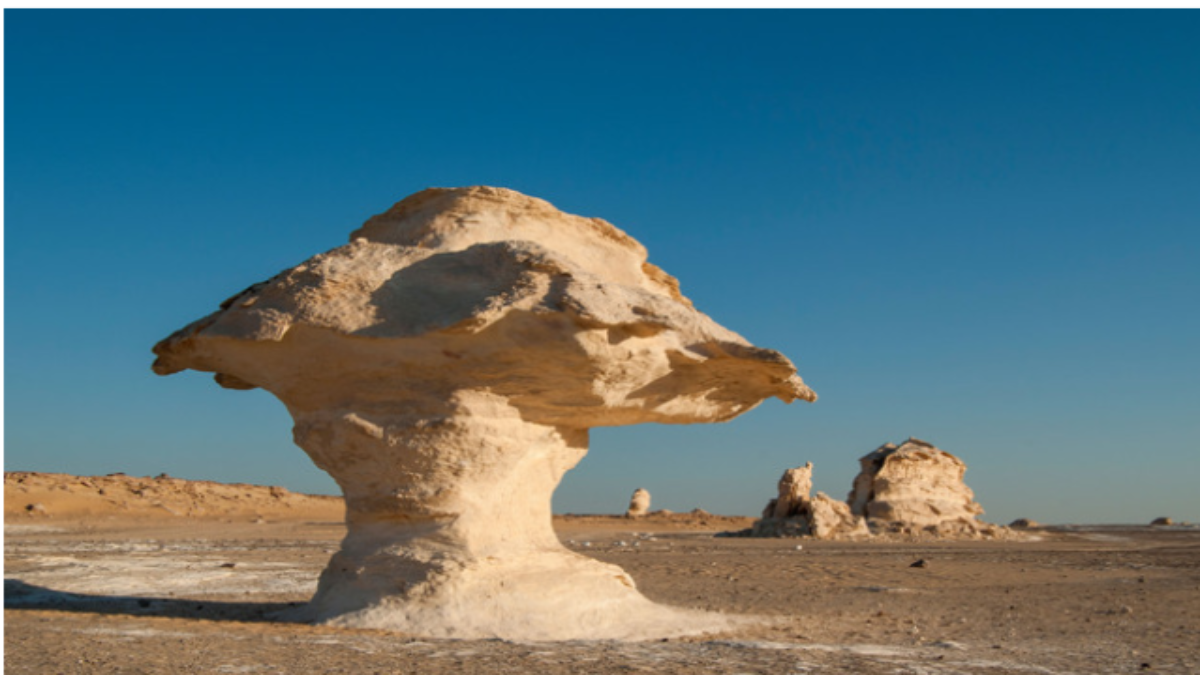 A mushroom rock, also known as a rock pedestal or a pedestal rock, is an uncommon rock that,  has a mushroom-like structure. The deformation of the rocks  occur as a result of erosion and weathering process,  glacial activity, or a sudden disruption. Yardang and mushroom rocks are related, but not the same.

These rocks, which are typically found in arid regions, were created hundreds years ago, when wind erosion of a single rocky outcrop occurs more quickly at the bottom more than the top. The very first three feet (0.9 m) just above the  ground are the most susceptible to wind-borne sand abrasion, which causes outcrop bases to erode more quickly than their tops.
The same phenomenon may occur when water is running. Israel’s Timna Park contains one such mushroom rock as an illustration.

Sometimes, the chemical makeup of the rocks can play a significant role; for example, if the rock’s upper portion is far more resistant to chemical erosion and biological weathering process,  it will disintegrate more little by little in a slow process than the base. For instance, erosion associated with chemical weathering just at bottom of the rock as a result of dew accumulation at the surface.
Comparable to the arrangement of rocks that creates a waterfall, a mushroom rock may eventually emerge from an initially flat region of hard rock above soft rock. The underlying rock eventually becomes vulnerable to erosion from wind, water, salt intrusion, etc., and this eventually depends  on local factors, as a result of weathering of the exposed hard rock layer.

2 thoughts on “The Beauty of Nature- Mushroom Rock also Called the Pedestal Rock.”