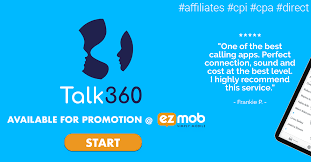 International calling app Talk360, which enables people around the world to make reliable and affordable calls to any landline or mobile phone worldwide, has secured an additional $3 million in seed round funding, taking its total seed round to $7 million after its first closing in May. The funds will help the company grow its market share in South Africa, drive its growth on the rest of the continent and launch its market first pan-African payment platform in 2023.

In the past year, Talk360 has seen 167% growth in customers and 130% revenue growth, and has nearly doubled the number of calling minutes to and from South Africa, on the back of what it calls a ‘significantly improved’ distribution network.

Established in 2016 by Dutch entrepreneurs Hans Osnabrugge and Jorne Schamp and South African venture builder Dean Hiine, the company connected 2.3 million people worldwide so far this year. Hiine says it has doubled its headcount this year as it looks to aggressively grow the business.

“Our mission is to bridge distance and connect lives by offering reliable, affordable, and easy-to-use digital services, delivered in a localised manner to all communities, particularly emerging countries, so they can connect to the world,” said Hiine. “But we’re not just solving socio-economic issues: we’re also offering micro-entrepreneurship and income generating opportunities to our growing network of agents across the country.”

Talk360’s agent model in South Africa is key to its success, with agents earning cash for every customer referred. The company has seen a 33% growth in agents, bringing in over 800% more customers over the past year, as it looks to build micro-entrepreneurship, bring income opportunities & jobs to under serviced communities and grow its footprint.

Clive Butkow, the CEO of Kalon, said the Talk360 team had ‘a wealth of experience’ in the communications space in South Africa and across the continent. “We’re excited to add this investment to the Kalon portfolio, and believe it has the potential to rapidly scale across Africa,” he said.

Ian Lessem, managing partner at HAVAÍC, said the fact the initial seed round target was oversubscribed is a testament to Talk360’s remarkable traction to date and growth potential.

“We invested more into Talk360 based on its strong progress in the South African market to date, as well as its potential in the rest of Africa. Since our first investment, the company has shown spectacular growth, and a genuine ability to crack the challenge of distribution in Africa. We’ve seen the company convert users to paying customers by offering them relevant services, and making this accessible in an easy, affordable, reliable and trustworthy way,” said Lessem.

Tjaart van der Walt said the Tyme founders were investing because Talk360 enables potentially millions of people in remote areas to make and receive calls more affordably. “We see this need for many years to come. We believe in the Talk360 team: they are passionate and purposeful, and can execute,” he said.

Hiine expects Talk360’s growth to be further boosted when it launches its pan-African payment platform in 2023. The new platform will allow users across the continent to buy products and services using any currency and more than 160 payment methods. It will also be opened to other merchants. This year alone, Talk360 has added six new currencies, added African-specific payment methods such as OTT vouchers, and grown its partnerships with local solutions such as Kazang and Blu voucher.