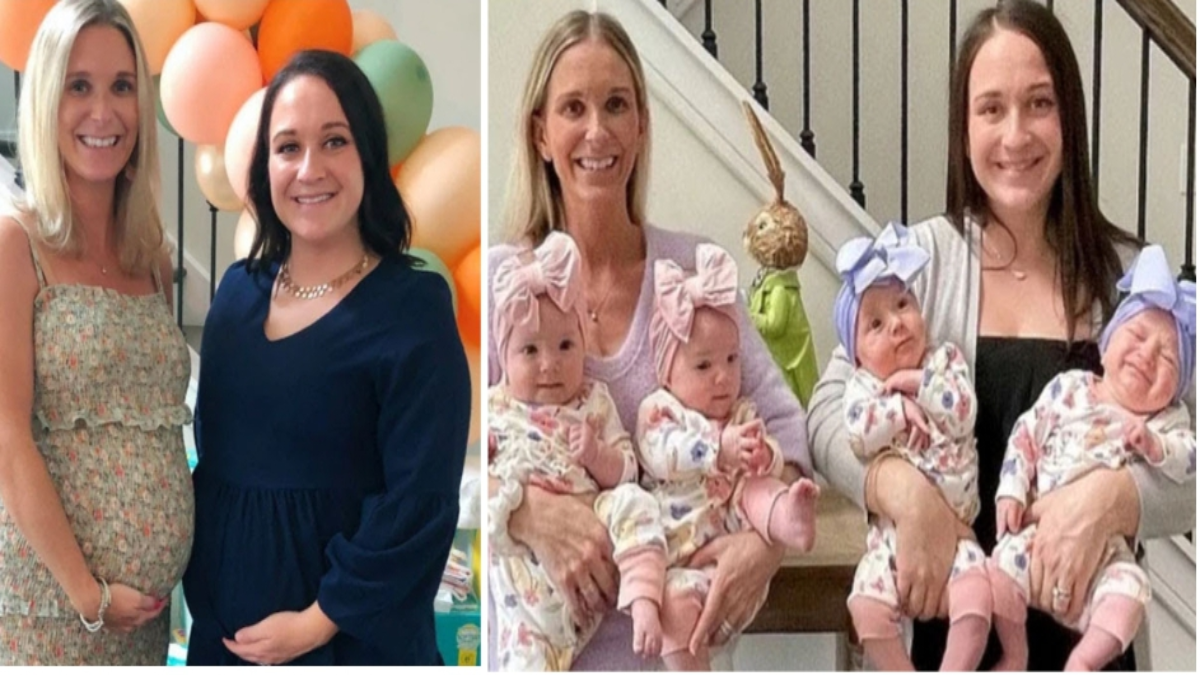 In Doylestown, Pennsylvania, in the US, Megan gave birth to Lilah and Josie on November 21 of last year, and her sister Sara Seyler gave birth to Lennon and Parker just three months later. In addition to the “complete coincidence” of both sisters becoming pregnant at the same time,  both sisters ended up having twins.

There was no indication Megan would give birth to twins, let alone her sister Sarah, even though Megan’s husband Matt is a triplet. Megan recalled her shock when she learned Sara was also expecting twins and said, “My jaw just dropped.” There are no twins anywhere in our family, which made me cry. The fact that she was also expecting twins was amazing. When she called me, I knew she was having an ultrasound because it was probably her first ever.

I thought, “Oh my god, what’s wrong,” when I answered the FaceTime call and saw that she was crying. She then held up the photograph of the ultrasound, which showed two babies.

It likely becomes extremely painful at about the same time as Megan, around the 30- to 33-week mark. Given that there are two inside of you, carrying twins is essentially like carrying a full-term baby at 32 weeks. Thus, it becomes extremely uncomfortable. Lennon and Parker, Sara’s daughters, were born at Lehigh Valley Hospital in Pennsylvania on February 8, 2022. Parker, who weighed 5 lbs. 11 oz., was born at 7:31 p.m., and Lennon, who weighed 4 lbs. 5 oz., was born a minute later.