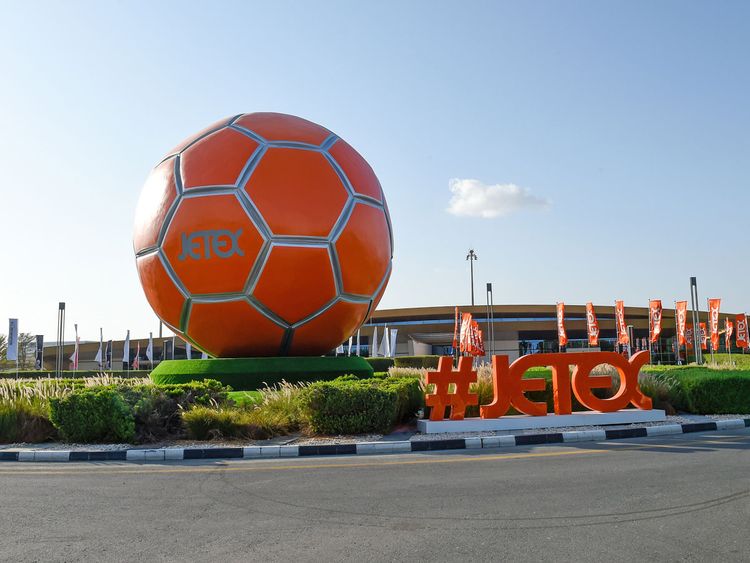 Private jet operators in the UAE know they are in for a good ride with the World Cup. All eyes will be on the knockout phases, which is when demand for chartered services could be heading for new highs.

“Some customers are a group of friends who are die-hard fans, some are families, and some are corporate clients,” said Shafiq Derkeshly, Vice-President of Aircraft Charter at Jetex. “If friends are splitting costs, it will come up to Dh29,000 per passenger.” A typical chartered private jet can seat up to 10 passengers.

Fans heading out to Doha for the World Cup matches can get a feel for the game ahead of boarding a Jetex flight. At its Dubai World Central facility, Jetex has covered all possible angles.

Whichever way the final tab is getting split, private jet operators in the UAE are ready for a hectic month, with most enquiries for flights coming in for the tournament’s quarter, semi- and final matches.

Over 45 private jets were booked by VIP football fans for the opening week games of the tournament, according to Derkeshly. “We had a few flights booked to go out on opening day itself.”

In anticipation of high demand, Jetex transformed its VIP terminal at Dubai World Central into a fan zone decked up with a mini-indoor football pitch and several other game-related paraphernalia. “We expect to operate at least two rotations daily,” he added.

Meanwhile, Holger Ostheimer, Managing Director of DC Aviation Al-Futtaim, said: “We have witnessed a sharp increase in enquiries for charter flights to Doha since June this year. Our charter enquiries increased 22 per cent month-on-month in October, and this trend has continued.”

Working on the costing

When it comes to the fares, in DC Aviation Al-Futtaim’s case, Ostheimer said, “Typically, for a small group of four to six passengers travelling for the World Cup, the cost could be anywhere from $18,000 upwards on-way depending on the type and size of aircraft.”

“DCAF has added the first Pilatus PC-12 available for charter in the Middle East to its fleet, which also includes two Challenger 604s.”

The single-engine turboprop PC-12 aircraft is operated by two pilots and can seat up to six guests. The aircraft is ideally suited for short-haul connectivity of between 1-2 hours and connect cities in the GCC from Dubai.

Holger Ostheimer, Managing Director of DC Aviation Al-Futtaim: “Typically, for a small group of four to six passengers travelling for the World Cup, the cost could be anywhere from $18,000 upwards on-way depending on the type and size of aircraft.”

The Challenger 604s on the DCAF fleet have room for nine or 12 passengers and provide a range of 7,551 kilometres and a long-range cruise speed of 787km/h.

Ahmad Badreddine, General Manager of AeroControl Group, said, “Despite deals being exorbitant, fans are still willing to go above and beyond to witness their favourite team in action. This also indicates people are willing to splurge more on experiences.

“We are receiving an average of 14 requests per day and are in a position to fly daily, subject to availability.”