No Be Juju Be that? Massive Reactions as Man Walks on Crates of Eggs and None Breaks, Video Goes Viral 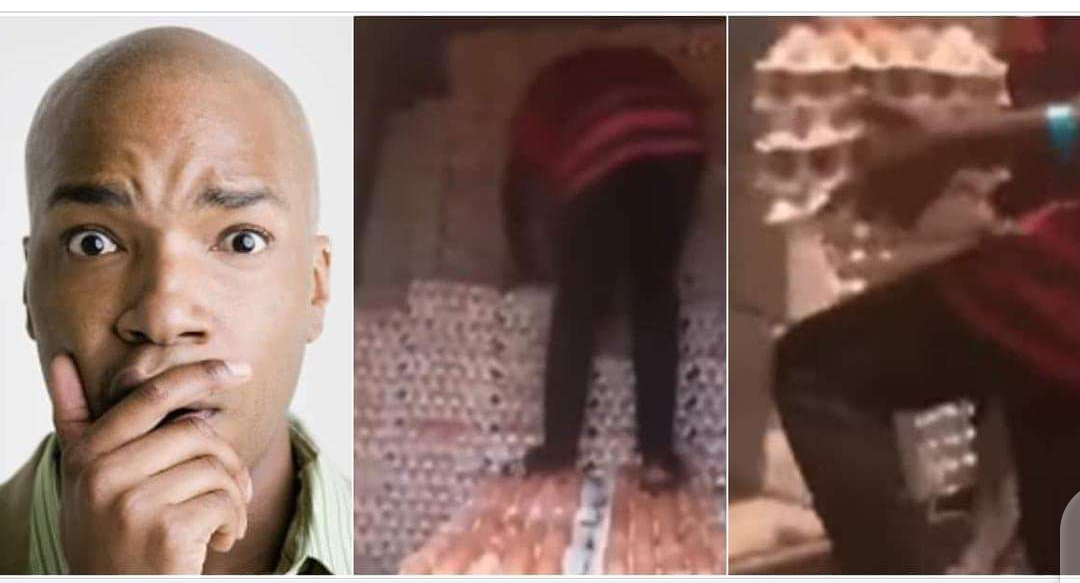 Is this magic? Massive Reactions as Man Walks on Crates of Eggs and None Breaks, Video Goes Viral

A man has got people talking on social media after walking on crates of eggs and none of them cracked.

In the video that was shared on Instagram by @ijeomadaisy, the man could be seen loading eggs inside a truck. As he carried crates of eggs in his hands, to load in the truck, the man walked on the ones already loaded in the vehicle.

The man wowed many after walking on crates in a viral video. Photo credit: @ijeomadaisy

“Can anyone explain how he’s able to walk on crates of eggs and none of them cracked?

What social media users are saying

Many social media users were surprised after watching the video and some of them joked about it as they couldn’t explain how the man was able to walk on crates of eggs and none cracked.

Reacting, an Instagram user with the handle @bolukorede said:

“Must he even walk on the eggs?? All that space that his leg could have entered, he didn’t walk there, abegy.”

“As long as the eggs are placed upwards and not sideways it can’t crack.”

“The osmotic distribution from the surface of the egg is proportional to the frictional density generated from the slipper while climbing the truck. However this is only possible while the trucks velocity is equal to zero. Now the moment the velocity increases, that is if the truck starts moving it becomes impossible. You must have reached a level of complete madness to understand the theory.”

One thought on “No Be Juju Be that? Massive Reactions as Man Walks on Crates of Eggs and None Breaks, Video Goes Viral”