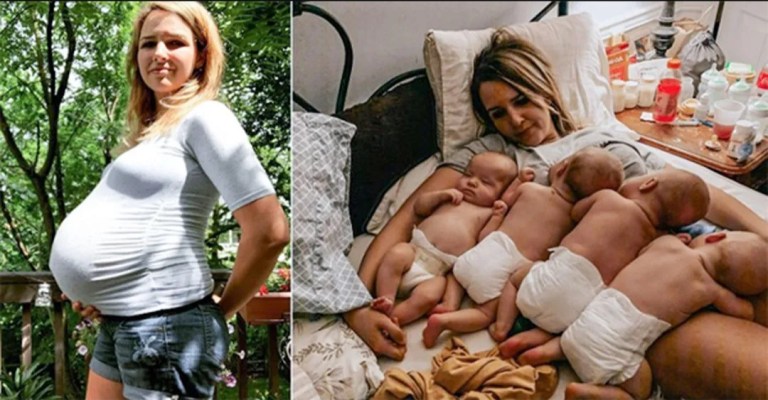 Dayna Childress, 28, from Ohio United states, and her husband Colby, 27, were delighted to try for their first child in 2015. They were ecstatic to find out that Dayna was pregnant after just one month of trying to conceive.

Lincoln, the couple’s first son, was born in December 2015 after a smooth pregnancy. Dayna and Colby made the decision to try for a second child when Lincoln was nine months old because they wanted to give him a sibling.

Dayna began to worry that she wouldn’t be able to conceive after battling for six months to become pregnant. Childless found out she was pregnant seven months later but miscarried at six weeks.

I noticed the moment the nausea left and immediately drank lots of water to attempt to bring it back because water was the major thing that made me queasy during that pregnancy and while carrying my kid, Mrs. Childress said.
My miscarriage was identified by testing a week after the sickness subsided. I was inconsolable and unable to accept it.

Despite her grief over losing her child, Mrs. Childress soon became pregnant. But at four weeks, she miscarried once again.

She visited four gynecologists in an effort to identify any fertility issues because she was afraid she would never have additional children. “Each of them gave me a different response; the first one recommended to wait three months, the second said it was pointless, and the third tested my hormone levels. All came back Normal Mrs Childress stated.

The stay-at-home mother was desperate and was given fertility medication, which she used for an additional year before becoming pregnant again. An ultrasound at five weeks showed the couple was carrying quadruplets. After 28 weeks and 6 days of pregnancy, Otto, Willow, Simon, and Willis were born on June 29.