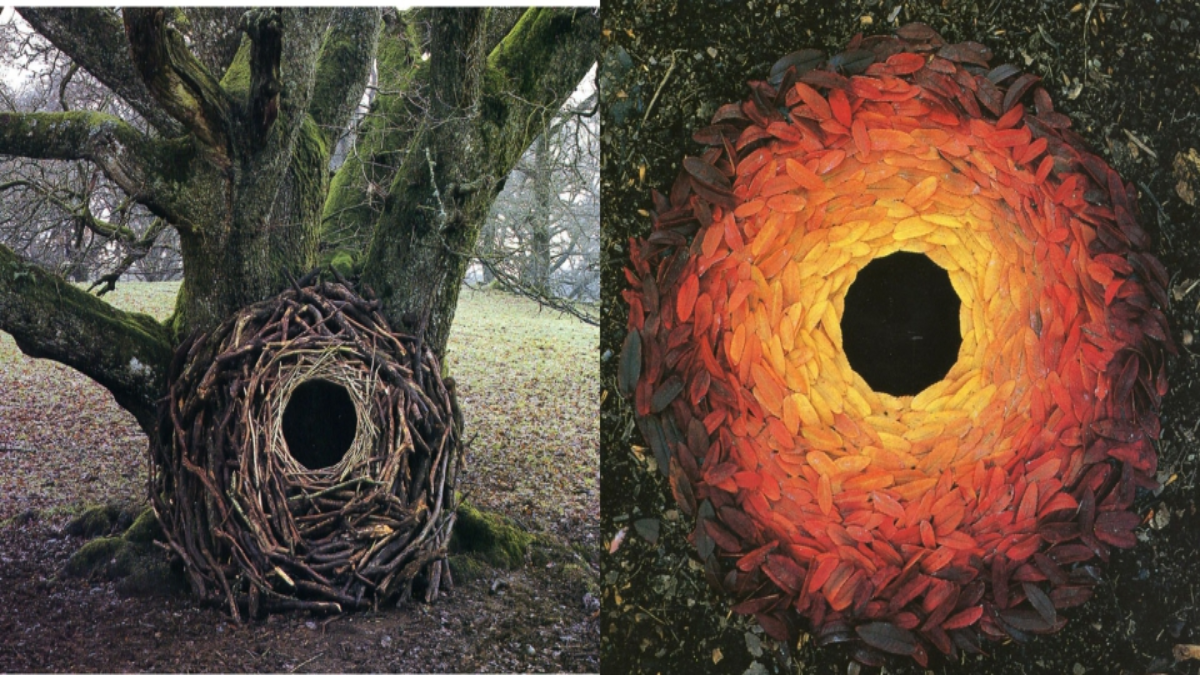 Andy Goldsworthy is a well-known British sculptor who makes temporary landscape art installations out of sticks, stones, and whatever else he can find outside. Having grown up working on farms as the son of a mathematician, Goldsworthy eventually earned his BA from  the University of Central Lancashire. He told the Guardian that much of his earth art was similar to picking potatoes. You must establish a rhythm for it.

Since so much of Goldsworthy’s land art is temporary and ephemeral, many people interpret it as a critics of the fragile state of the planet. However, the situation is more complicated in Goldsworthy’s eyes.

In another interview, he states, “When I make something, in a field, street, or changing the landscape, it may disappear, but it’s part of the history of those places. “In the beginning, collapse and decay were major themes in my work. Some of the changes taking place right now are too lovely to be categorized as simply decay. I got up early one morning in Folkestone to cover a boulder in poppies before the tide came in. The sea was calm as it slowly and gently washed away the petals, stripped the boulder, and produced red sea splashes. In the distance was the harbor from which many soldiers embarked on missions of war.

Check out Andy Goldsworthy’s artwork by scrolling down below. For more information: https://www.goldsworthy.cc.gla.ac.uk/