Leshan Giant Buddha- The Biggest Sculpture in the World 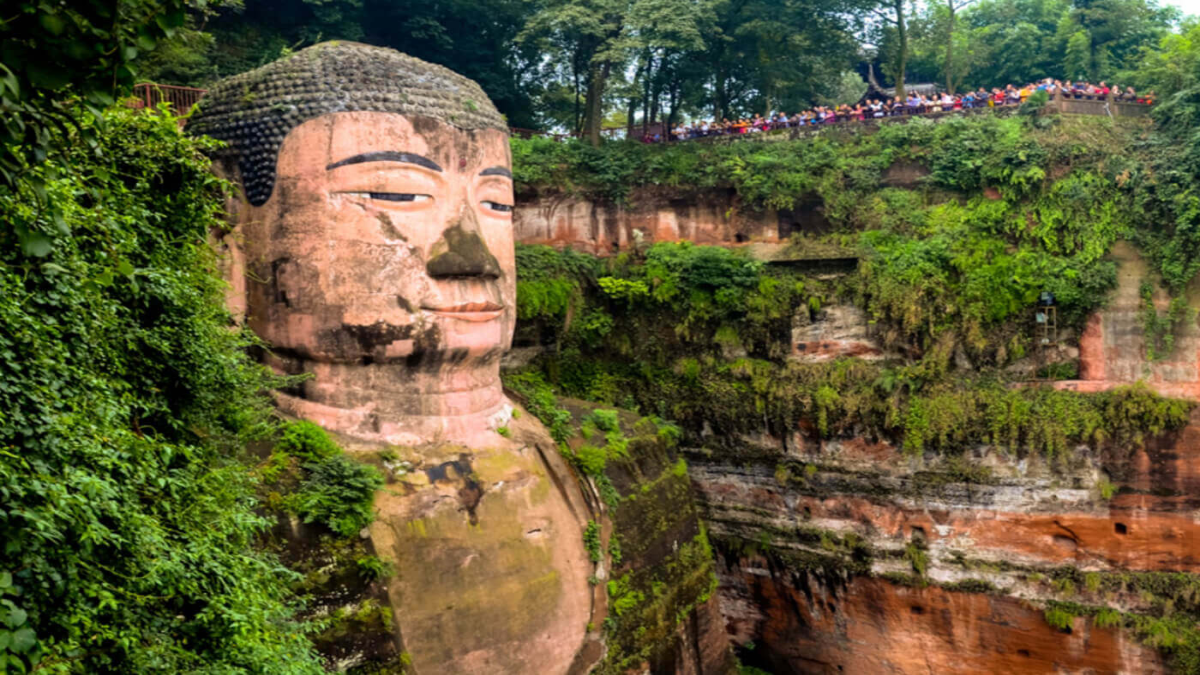 Chengdu is 162 kilometers (approximately 100 miles) away from Leshan.  Leshan is the home for the  Giant Buddha a Beautiful Site to behold,  which has attract so many Tourist from all over the world, this beautiful place was renamed for the enormous sculpture of Buddha. This beautiful sculpture is located in east of Leshan Town. In reality, it is a statue of Maitreya, a chubby, giggling Bodhisattva, which symbolize joy and brightness.
In 1996, UNESCO added it to its list of Global heritage list. The Gigantic Buddha is by far the most notable of several stunning archaeological sites in Leshan. The enormous artwork is frequently referred to as the Lingyun Giant Buddha since Mount Lingyun is the ideal location from which to observe this Giant Buddha.
The sculpture was first carved during the Tang Dynasty and took 90 years to complete. The waterway underneath the sculpture was extremely unsafe for ships traveling down the river, and so many lives were lost there every year. By mounting the sculpture, the river spirits would be placated by it, and countless lives would be protected by so doing, this was according to the monk Hai Tong. For 20 years, Hai Tong pleaded for money to carve this great  sculpture.  History has it that some local government officials sought to extort Hai Tong after learning of his vast financial holdings. He said he would rather have his own eye removed than give them the money.

The officials were ungrateful and didn’t really believe him, so he pulled out his knife to cut out his own eye to frighten them into leaving him alone just to save his money. When Hai Tong went away, the statue was only halfway built; his students move on with  the project.

A native  proverb alludes to the enormous Buddha as “the mountain is a Buddha and the Buddha is a mountain.” This alludes not just to the enormous size of the Buddha but also with the significance of the sculpture in the Buddhist tradition. At the confluence of the Minjiang, Daduhe, and Qingyi Rivers, the enormous sculpture is located. The Leshan Gigantic Buddha is the tallest and widest sculpture in the globe, standing over 233 feet tall and 28 feet wide is a fact. It was envisioned with his 11-foot long fingers lying on his knees, giving it a charmingly calm appearance. He was portrayed on barefoot, with drooping ears and an exposed breast. This sculpture’s unseen drainage system is another marvel. The huge Buddha was protected from disintegration by the numerous, secret gutters and passages that were placed on its head, arms, behind its ears, and inside of its clothing.