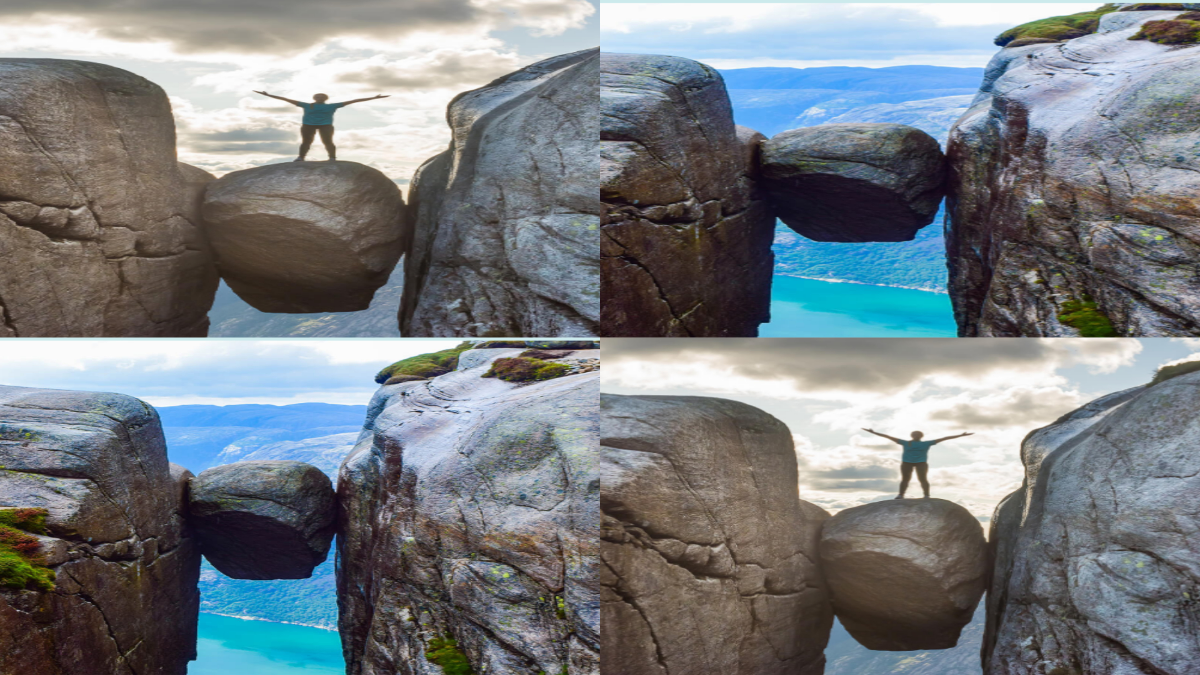 The well-known rock formation popularly called  Kjeragbolten, which is sometimes referred to as “Kjerag boulder” or “bolt,” lies tucked away in the Kjerag Mountain crevasse in Rogaland, a province situated in southwest Norway. The five meter square rock, which is wedge-shaped and hanging 1,000 meters just above Lysefjorden fjord, has been precisely wedged amid two cliffs for more than 50,000 years.

The location, which is now well-known among tourists from around the globe, could be described as a historical ice deposit, a fortunate natural occurrence resulting from increasing sea levels brought on by the ongoing melting of ice caps.

Over time, the fjords have been buried by the sea, bringing forth the rock that is now caught in its peculiar posture. The rock appears to be unstable, yet it is actually completely stable and does not pose a threat of falling. Nevertheless, unanticipated heavy winds and unintentional disorientation have also resulted in terrible accidents. Tourists who want to get the perfect shot from the rock must be ready to approach the abyss, keeping in mind the extremely limited standing  space available for them to  stand

One thought on ““Kjeragbolten” The Majestic Rock in Kjerag Mountain, Norway.”