Joy as State Governor Give Scholarship of over 5million naira to a 13-year-old Nigerian who copied the design of the Borno flyover. 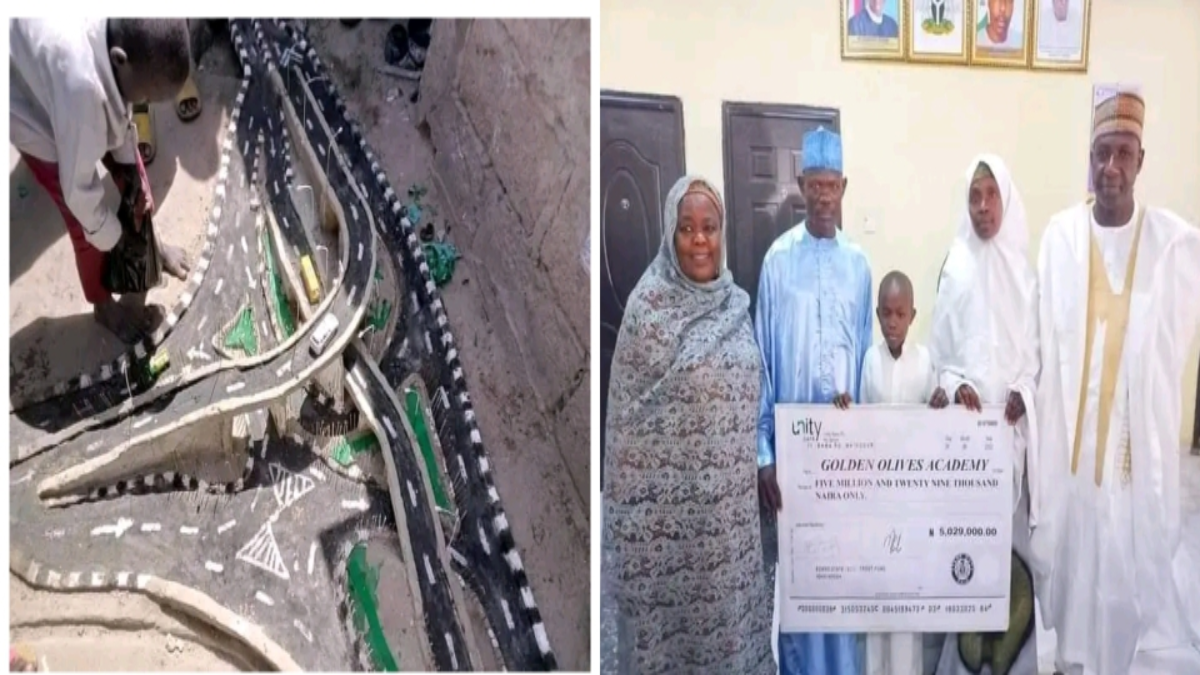 A private school has received a N5 million check from Borno State Governor Professor Babagana Umara Zulum to fund a scholarship for Musa Sani, a 13-year-old gifted Borno boy who used mud to recreate the state’s first flyover around the customs roundabout in Maiduguri. Musa Sani is a student at the private school.

The money was given to the Maiduguri-based Golden Olive Academy to cover Musa’s tuition from primary school through senior secondary school.

Musa was born into a lower-class Maiduguri family that lived in the Gwange neighborhood.

He attended a community school in Gwange as a primary three pupil.

Zulum attention was recently drawn to Musa after he created a flyover using mud.

Musa recently drew Zulum’s attention when he used mud to design a flyover in Maiduguri that was commissioned by President Muhammadu Buhari in December.

The young boy’s intelligence astounded Governor Zulum. In order to utilize his talents, he met with his family and offered to approve a scholarship for him.

The boy’s education will be paid for by the Borno State Education Trust Fund (ETF), according to the governor.

Prof. Hauwa Biu, the chairperson of the ETF, handed Musa a check for N5,029,000 (five million, two hundred nine thousand naira), which had already been paid to a private school where he is currently enrolled.

Governor Zulum was thanked for the offer, and Prof Biu urged the young man to concentrate on his studies and do the Governor proud.

One thought on “Joy as State Governor Give Scholarship of over 5million naira to a 13-year-old Nigerian who copied the design of the Borno flyover.”