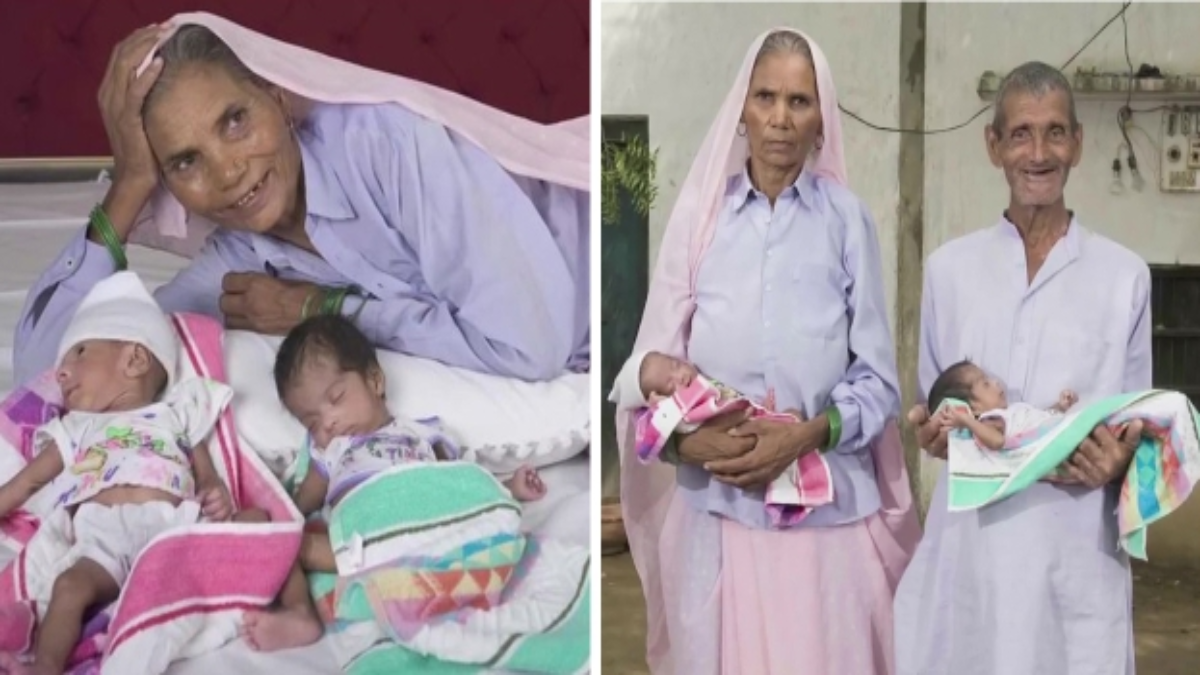 Anyone who has ever had a child understands that parenthood is not always easy. The pleasure and delight of raising a child will surely be accompanied with difficulties. They are frequently emotional, physical, or financial in nature. So, when the world learned that a 70-year-old woman from the Indian,  a state of Uttar Pradesh had given birth to twins in the summer of 2008, many were taken aback. Motherhood would almost probably be more difficult for a lady her age.

And, while the woman acted unconcerned by the criticism she received at the time of her children’s birth, following updates on her life as a mother made it appear as if the critics were correct.

She’d discovered that being a mother of young children in her 70s was difficult.

Omwari Panwar, aged 70, described the arrival of her twins in 2008 as a blessing she’d hoped for her entire life. She already had two daughters, but she and her husband had evidently long desired a male heir. “I believed if I had a son, I’d become like other mothers,” Panwar said. “There was no life for me without a son.” Because who would own this house if I didn’t have any sons?

Panwar’s attitude appears to be widespread in India. This is due to the fact that Hinduism is practiced by the majority of the country’s people.

Furthermore, most Hindus believe that male relatives should perform a person’s death rites, putting pressure on couples to have a son.

Of course, at the age of 70 and with a husband who is older than her, Panwar would have found it incredibly difficult to conceive naturally. So she’d taken the choice to undertake I.V.F therapy with the full backing of her partner, Charam Singh. The cost was prohibitively expensive: 350,000 rupees, which was almost $9,000 at the time. To pay for the treatment, Panwar and Singh remortgaged their home, sold their buffalo, and pulled their life savings.

However, money was not the only big impediment on their path.

Panwar and Singh would likewise be up against some formidable odds if they were to conceive in their early 70s. Panwar gave birth to twins via caesarean section in the summer of 2008. So she and her husband brought another daughter, Barsaat, and the son they’d always wanted, Akashvani, into the world.

However, the journey has been tarnished by tragedy. Barsaat, Panwar’s youngest daughter, died when she was four years old when her doctor supplied her expired medication. Even though son Akashvani was in good health in 2015, he still caused problems for his elderly parents.

Akashvani was a child full of enthusiasm at six years old, which his mother found difficult to match.

. “I am unable to properly bathe him. I’m having trouble getting him dressed. “It’s hard running around and feeding him,” she said. “This is how old age is.”

Panwar addressed additional issues that come with mothering a small boy at such an advanced age. For example, she had no idea how many of his milestones she or her husband would witness. Despite this, Panwar said she tried not to worry about her son’s future and how it would turn out, with or without her in the picture. In reality, she had already planned for him in the event that she and her husband died. “After I die, my daughter will look after my son,” she added.  I’m not troubled.
Until then, Panwar has a single overarching aim that most parents can identify with. She wants to make the most of the time she has left with her kid, no matter how much or how little it is.