Joy as 47-Year Old Woman Gives Birth One Hour After Doctor Told Her she was Pregnant. 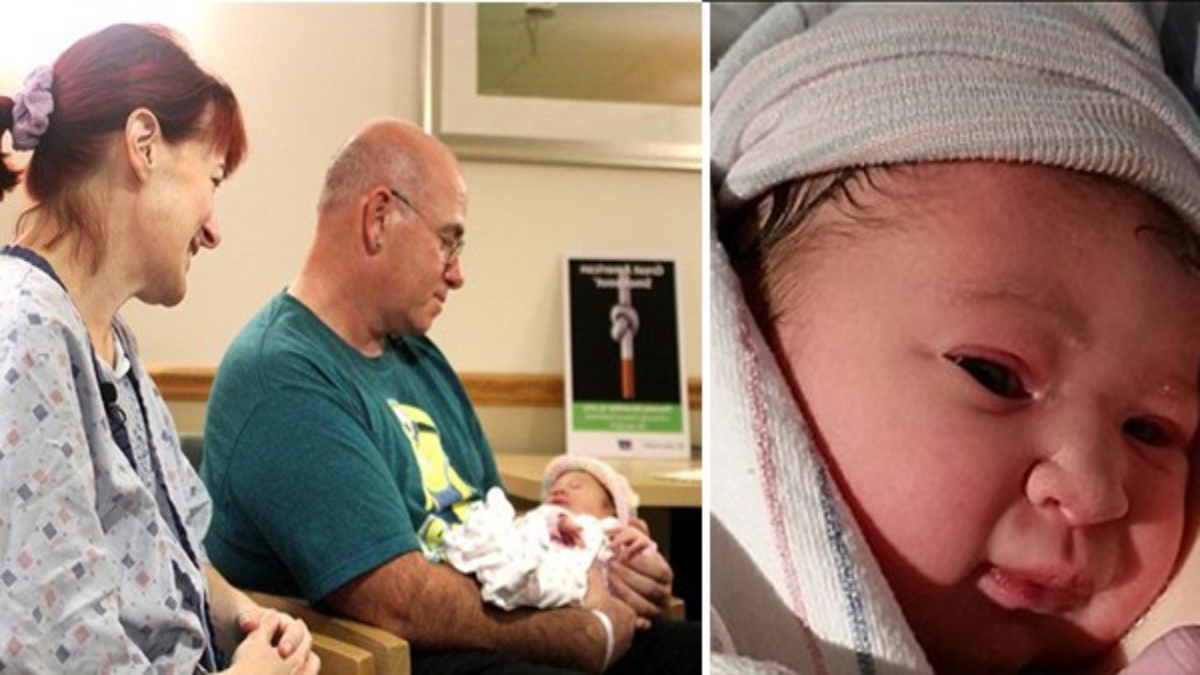 Judy Brown, 47, a resident of Beverly, Massachusetts, went to the hospital with complaints of excruciating stomach pain. Doctors initially suspected a gallstone or other significant blockage, but soon realized she was actually in labor.

Good news: Brown has no blockages or other obstructions, the doctor informed him. You are pregnant  “You are going to have her right now.

According to the Daily Mail, Judy and her husband Jason have been married for 22 years and have never had kids. So when Judy’s stomach started to grow, she and her husband thought it was just a natural part of getting older.

The couple called their newborn girl Carolyn Rose,  both of their mothers had to borrow some essential baby equipment like a car seat and bassinet before leaving the hospital. Brown gave birth to Carolyn Rose, a healthy 8-pound, 2-ounce daughter, just about an hour after learning she was pregnant.

I have a feeling that I will still wakeup in the emergency room and scream, “Hey, this is just a dream.” It seemed so genuine,” As he held his baby child, Jason spoke to the news company.

The Browns look to be overjoyed to be parents for the first time, despite being stunned by the entire situation. According to the story, their family and friends are gathering furniture and other baby supplies for the family’s new arrival.