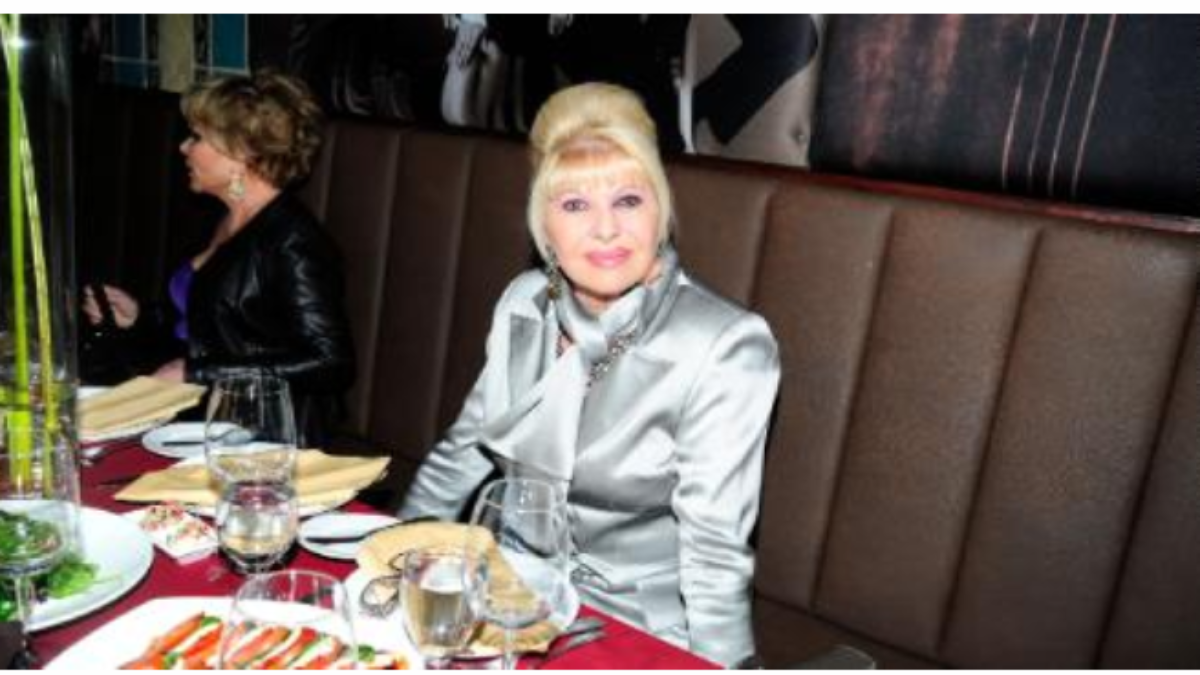 Former wife of Donald Trump, Ivana Trump, passed away in her New York City residence, the former president announced this on his social media platform.

An explanation was not given on what leads to her death. Donald Jr., Ivanka Trump, and Eric Trump are all children of Ivana Trump. She was 73 before her death.

Ivana Trump passed away yesterday at her New York City residence, and I’m extremely sorry to have to break the news to all of her fans all over the world. She was an outstanding, lovely, and fantastic woman who lived a marvelous and motivating life. Her three children, Donald Jr., Ivanka, and Eric, were her pride and delight.

May her gentle soul rest in peace. Trump made this post on one of his social media online community.
Ivana Trump was described as “a great force in business, a global athlete with radiant of beauty all over her, and a devoted mother and friend” in a post on Instagram by one of her Child Eric Trump.

She  was born and brought up  in a communist Czechoslovakia, collaborated with Donald Trump on some of his most notable real estate ventures. ivana and trump Got divorced in 1992  Following his sensational affair with Marla Maples, who eventually married Donald Trump and gave birth to their daughter Tiffany.

Ivana Trump was alluded to by Donald Trump as a “brilliant manager” and described as “demanding and very competitive” in his book “Trump: The Art of the Deal.” Additionally, rather than appointing a manager, he gave her control over his Castle in Atlantic City.

She had a Good managerial abilities which is very crucial in any organisation. And she prove that to me.
When the couple finally reached a settlement, Ivana received $14 million as well as additional benefits like a sizable property in Greenwich, Connecticut.
Ivana Trump kept up her jet-setting, world-traveling lifestyle after the divorce by getting married and divorcing twice more.