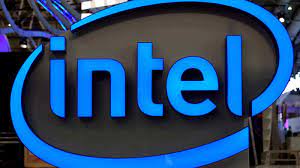 Intel, looking to regain its footing in the chip industry, introduced new PC processors and graphics semiconductors, as well as software that makes it easier to use the company’s technology.

Intel’s latest Core desktop processors will provide gamers and other high-performance users with a significant boost, the company said at its Innovate event on Tuesday in San Jose, California. A new graphics chip for data centres, meanwhile, is aimed at challenging Nvidia’s hold on that market. That product, called Ponte Vecchio, has been shipped for use in a new government supercomputer.

CEO Pat Gelsinger is trying to restore Intel to its former dominance, and the Innovate presentation is part of that. The chip maker had hosted a well-attended product showcase called the Intel Developer Forum until 2017, when then-CEO Brian Krzanich scrapped the event. Now Gelsinger, in his second year at the helm, is bringing the stage show back.

The stakes are high. Intel lost its status as the world’s largest chip maker in recent years and fell behind rivals in manufacturing prowess. Gelsinger, a long-time Intel executive who left to run VMware for more than a decade, returned to the company in 2021 to orchestrate a turnaround.

During Gelsinger’s time away, delays in product introductions led customers to look elsewhere for supplies and technological leadership. A company that once had market share of more than 80% has been losing ground, and customers such as Amazon.com have increasingly started to design their own chips.

Gelsinger’s challenge: getting the industry to follow Intel’s lead without first proving that its products are the best again. He also faces a slump in demand for PCs, the biggest end market for Intel’s products. And the stock has fallen 48% in 2022, underperforming its peers during a bleak year for the overall chip industry.

Gelsinger’s pitch to investors has been that Intel still leads in many areas and the industry needs its innovations. Under his stewardship, the sleeping giant will take back its technical superiority and resume its central role, he has said.

But computing has changed, and Intel will use the San Jose event to show it’s more open to working with partners. The company is letting its offerings work in tandem with those of others, a break from the past.

“Fostering this open ecosystem is at the centre of our transformation and the developer community is essential to our success,” Gelsinger said.

One of the company’s new products is the Intel Developer Cloud, a programme that gives software makers and other customers early access to new chips — in particular, its forthcoming Xeon server products.

Intel is making the announcements just days after rival AMD debuted its new range of processors, a line-up that experts say is among the industry’s best.