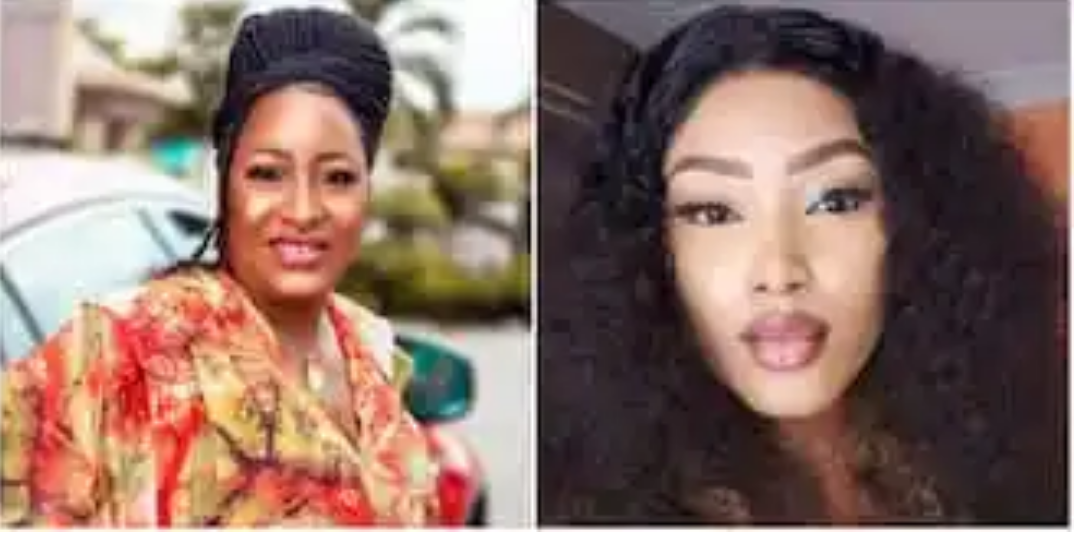 Veteran Nigerian actress, Ireti Doyle, has been forced to speak up on social media about numerous accusations on her daughter, Kachi, of being fraudulent.

The movie star took to her social media page to issue a statement where she distanced herself from her 34-year-old daughter’s business.

Kachi had been dragged on social media on numerous occasions of collecting huge amounts from customers and not delivering their orders to them.

The incessant call outs appeared to have no effect on her and those affected started to drag her mother, Ireti Doyle, into the whole issue.

I am in no way connected – Ireti Doyle reacts

In reaction to her name being soiled, the popular actress noted in her statement that she is in no way connected to her daughter’s business, Kachi Beauty Products.

According to her, she has never been a shareholder, a director or received monetary benefits from the business.

Not stopping there, Ireti Doyle added that the extent of her relationship with the 34-year-old business owner is that she is one of her biological offspring.

Also in the actress’ disclaimer, Ireti Doyle advised those who had been affected while doing business with her daughter to contact Kachi directly or to report to appropriate authorities.

Legit.ng has gathered some of the comments of internet users on this new development. Read some of their reactions below

“I know this is one of the biggest decision a mother would take, thank you for clearing the air. I still love you ma.”

“This must be a hard decision but I’m happy you did it ma’am kudos .”

“Awww . The hardest thing a mother could do. You hv tried ur best.”

“Good you separated your brand from this. Your reputation is important.”

“Mama must be going through a lot.”

“But mother’s take in alot…. If ur child should commit one thing, u re the next in line to blame.”

It is no longer news that Kachi has been called out on different occasions in the past for allegedly owing numerous customers money and blocking off means of contact with them.

In a new video making the rounds on social media, an aggrieved customer took her displeasure a step further by storming the hair-vendor’s stall.

2 thoughts on “I Am in No Way Connected: Actress Ireti Doyle Distances Self From Daughter After She Is Accused of Fraud”