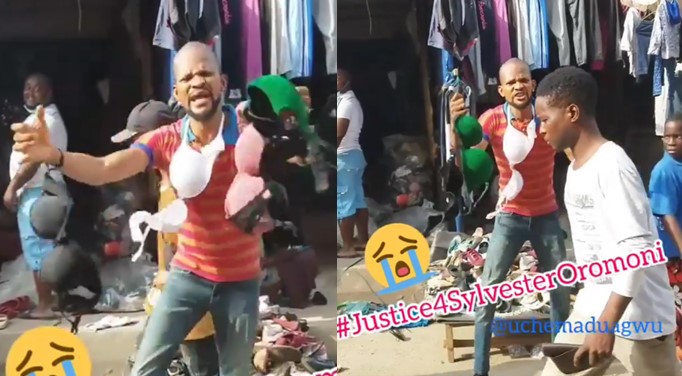 The controversial critic stormed a market place and created a scene as he warned the management of Dowen College that he would pay them a visit.

The death of Sylvester Oromoni Jnr, has sparked agitations from Nigerian celebrities, as they demand justice for the child.

A Twitter user @perrisonoromoni, who claimed to be the boy’s cousin, said that Oromoni was beaten by fellow students for refusing to join cult.

However, in a statement on Wednesday, the school denied all

allegations stating that Oromoni was neither bullied nor beaten but only complained of hip pain after playing football.

In a video making rounds online, Maduagwu had bra’s strapped all around his body and in his a hand as he jumped around saying; ”Justice for Sylvester, Dowen College I am coming with my bra”