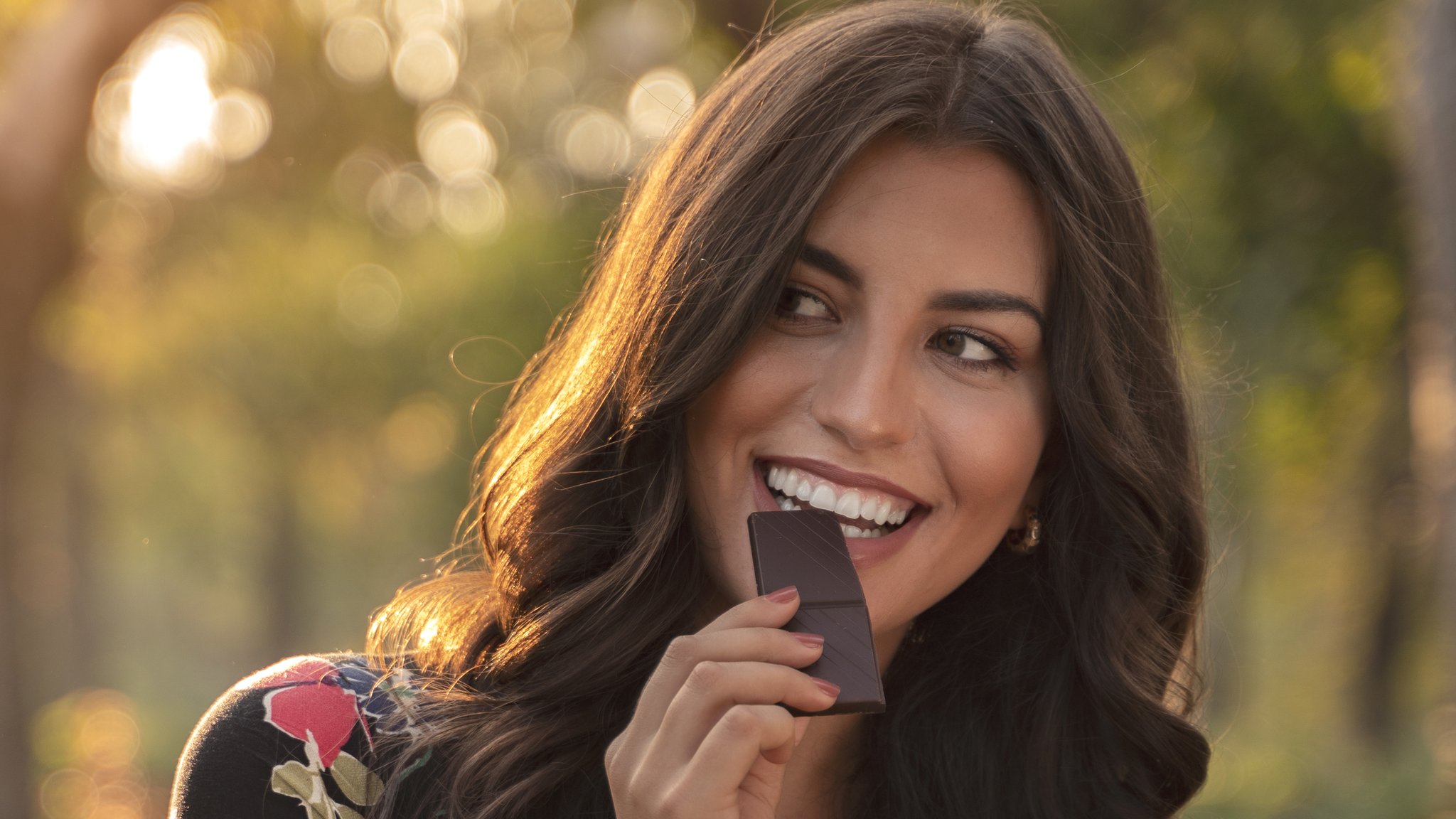 Luisa Vicinanza-Bedi is an artisan chocolate maker in Nottingham and founder of Luisa’s Vegan Chocolates.

“I’ve always had a love for chocolate, but when I discovered all the tastes and nuances of single-origin chocolate – the incredible flavour notes, like a fine wine – my eyes were opened,” she says.

Much of the chocolate we eat will be made from cocoa blended from a number of farms, areas, or even countries.

But Ms Vicinanza-Bedi argues that using a single bean variety, from a single farm, gives the chocolate a unique flavour.

“We trade directly with our farmers and quality check the beans,” she says. “We do a cut test, weight test, moisture analysis, aroma test and pilot line taste.”

“If you think about wine or coffee, it’s the same. The flavours come from the terrain, climate and soils from different parts of the world. They all taste mind-blowingly different.”

Scientists are trying to analyse where those special flavours come from, so they can be reproduced more consistently.

She is developing new technological processes that can impact cocoa flavour on a molecular level – to get the best out of each harvest and create consistent quality.

“Now there is more appreciation for the product – we know where the bean is coming from, which farm, which variety – we can experience a much wider flavour diversity,” she says.

Traditionally, cocoa beans are fermented on the farm where they were grown.

The cocoa pods are harvested and split. The pulp-covered beans are piled or stored in baskets, covered with banana or plantain leaves, and left to heat up in the sun.

Microbes present in the environment degrade the pulp surrounding the beans.

Next, the beans are dried, spread out on mats in the sun.

“Fermentation results in a lot of quality differences. Not every fermentation works out well,” says Prof Chetschik.

“Moist incubation” is a new fermenting technique, developed by Prof Chetschik and her team, in which cocoa beans are dried, then a lactic acid solution containing ethanol is applied.

“This triggers the same reactions within the beans, but is far easier to control,” she says.

The resulting taste, she says, is sweeter, richer and fruitier.

Johannes Ansgar Schlüter, PhD student at ZHAW, adds: “The process provides a way to control key flavour attributes of cocoa. At the same time, undesirable aroma components are not formed to the same extent as during traditional fermentations.”

Better understanding of the fermentation process could help struggling farmers.

About 95% of cocoa is grown on small, family-run farms, employing around six million cocoa farmers worldwide. With low yield and little power, increasing profits in the sector do not reach cocoa farmers and many farmers live in chronic poverty.

This drives demand for cheap labour and exploitation.

“It has been over 20 years since the big chocolate companies pledged to eliminate child labour in cocoa but not much has changed,” says Ms Aerts. “The prioritisation of company profits over human rights needs to stop now.”

Cocoa farmers are susceptible to changing weather patterns too.

According to Fairtrade International, land suitable for cocoa production will decrease significantly in the near future, as a result of climate change.

Experts say understanding the fermentation process is also vital when it comes to considering the impact of climate change on the business.

“[We get] a lot of rain, a lot of humidity. It is not good for the plantations,” says cocoa farmer Carmen Magali Eraso Adarme.

Cocoa farming and processing is typically not a very profitable business

Ms Adarme’s cocoa plantation in Huila, Colombia, is set on extremely steep land. Access is difficult and dangerous, especially when carrying heavy sacks of beans on their backs.

Ms Adarme is working with Luisa’s Vegan Chocolates and Nottingham University on a project that aims to get a better flavour – and price – from their beans.

With improved understanding of what drives the taste of premium chocolate, fermentation can be manipulated for improved flavour.

Ms Vicinanza-Bedi says: “We have used DNA sequencing to confirm exactly what is a ‘good flavour’ of a cocoa bean. Then, using this data, we teach farmers what they can do to maximise their cocoa for the premium market.”

Improving the flavour of beans can boost a farmer’s income

Ms Adarme’s harvested beans were shipped to Luisa’s Vegan Chocolates, where they were made into single origin bars.

The resulting increase in profits has allowed Ms Adarme to send her son to college and for her to learn English. Next, she hopes to improve the transportation part of the business – making her work easier and safer.

Dr David Goupaulchan, international research fellow at the University of Nottingham, says: “Growing cocoa is a very risky business. Yields can vary greatly from year-to-year depending on weather conditions, pests and diseases.”

Dr Goupaulchan has been studying the microbes present during fermentation, how the environment affects their growth dynamics, and the role they play in flavour development. His research will be highlighted in the Royal Society Summer Exhibition later this year.

“The fermentation process has a huge impact on cocoa quality and taste,” he explains. “However, these processes are still very uncontrolled. This results in wide variability in quality between farms.”

A better understanding of the process, he explains, would result in better chocolates for consumers and better prices for farmers.

“My hope is that we can use science to modernise and rejuvenate the cocoa industry, and to create sustainable livelihoods for all,” he says.

Back in Switzerland Prof Chetschik aims to get the best out of the raw material, so that after fermentation the cocoa needs less processing or any additives.

“Cocoa is extremely flavourful. There are so many flavour-active molecules, there is no need at all to add anything,” she says.

One thought on “How science is making chocolate taste even better”