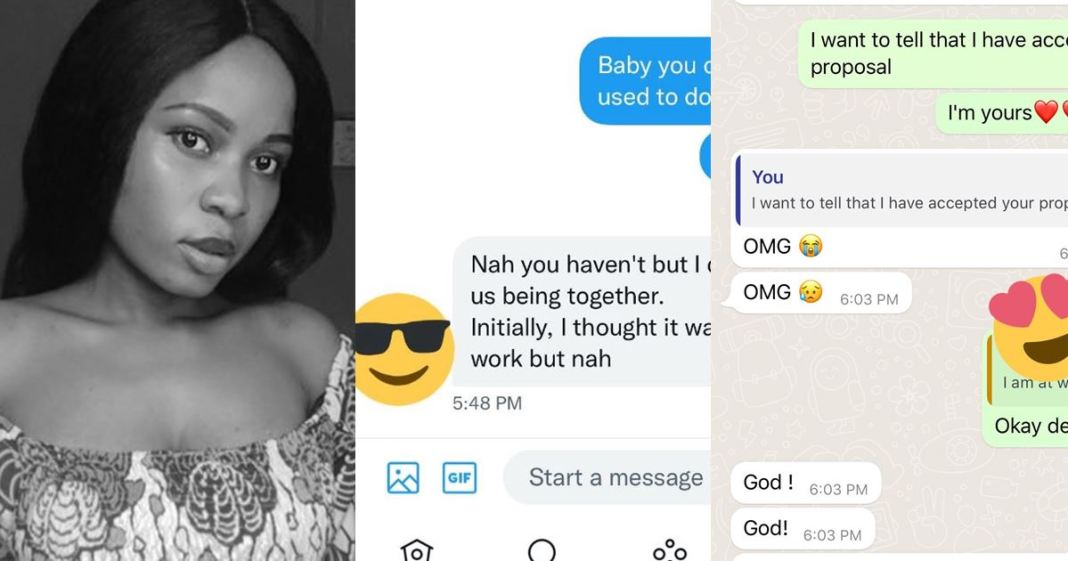 A lady has revealed how she moved on quickly with her life minutes after her boyfriend dumped her on Christmas Day.

Screenshots shared on Twitter show the lady was dumped at 5:48 pm on Christmas day

Instead of crying or clutching onto the disappointment which is typical of women, the lady has revealed she has dusted herself off and moved on by accepting the proposal of another man who has been aiming his shot at her for a while now.

Identified as Belbeljum, the young lady shared this information on Twitter while writing: “How my Christmas is going. No time to waste, no time to cry for heartbreak! We move!”

Meanwhile, a naughty lady with a big towel tied around her waist has been spotted in a video trying to defile a young guy.

The guy who is presumably a virgin owing to his facial reactions and juvenile tendencies tried to resist the sexual advances of the girl who used various antics to get her into her room.

They began exhibiting some playful gestures after which the guy fell into her trap which saw them moving to her room together.

Watch the video below;